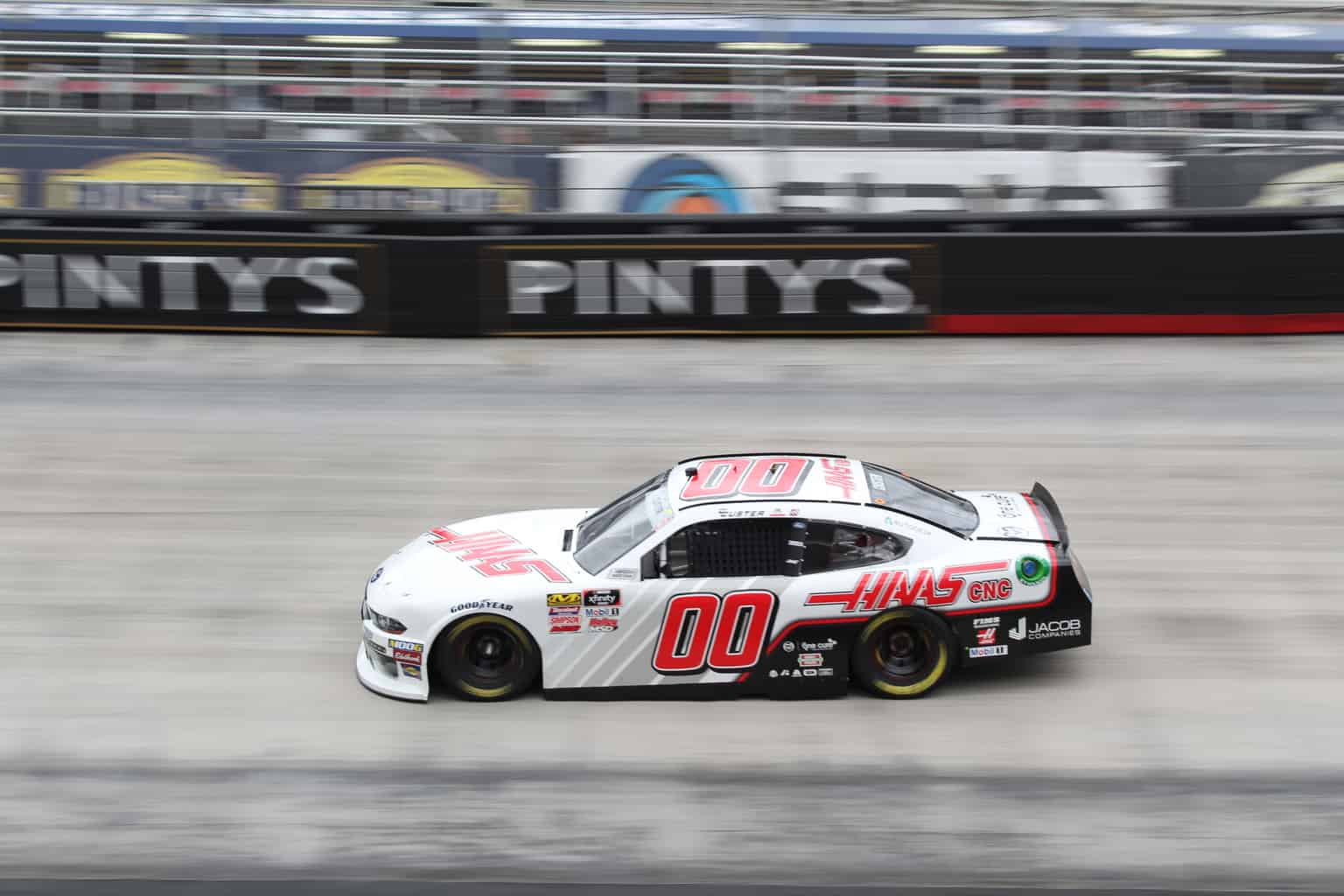 In the first practice session, teams spent part of the session feeling out the surface after heavy rains early in the day.  Late in the session, GMS Racing’s John Hunter Nemechek turned in the fastest lap of the session with a lap at 122.748 mph.  Nemechek’s fast time came on his 44th lap of 47 completed.

Chase Briscoe was sixth in his Nutri Chomps Ford, then Harrison Burton, who is making his Xfinity Series debut this weekend.  Zane Smith, who is back in the No. 8 Chevrolet this weekend, was eighth, while Brandon Jones and Noah Gragson were ninth and tenth.

Only 12 of the 31 teams that set time in the session completed a 10-lap run.  Of those drivers, Allgaier was fastest with an average speed of 120.505 mph.  Allgaier’s average was less than two-hundredths of a second per lap faster than Reddick.

There was one incident during the opening practice that slowed the proceedings.  David Starr hit the wall in his Chasco Chevrolet, damaging the right side of his No. 52.

On our first practice run today we had something break in the right front of the car which put us into the wall. We had to go to a second car, so we were unable to practice. Thanks to having a dedicated team like @MeansRacing52, I have confidence we'll have a great race! pic.twitter.com/j0ZmIhwJmA

At the time of the wall contact, Starr had only run a few laps on-track and ended up 30th quickest in the session.  The crash effectively ended his day.

In the final session, the track continued to come into its own.  Late in the session, Custer was able to put down the fastest lap of the day to top the chart.

Custer’s lap was half of a tenth of a second faster than Allgaier, while Kaulig Racing’s Justin Haley was third fastest.  Briscoe was fourth, while Gray Gaulding surprised some with the pace of his Panini America Chevrolet in fifth.

Reddick was sixth, while Bell fought a sometimes ill-handling Rheem Toyota Supra to seventh on the chart.  Alex Labbe, who is making only his second start of the season for DGM Racing, was eighth in his Chevrolet, followed by Nemechek.  Team Penske’s Austin Cindric was 10th.

The second session was far busier than the first with a number of drivers turning in over 70 laps.  Gragson, who was 15th quickest, completed the most laps (103) in the session.

Of the 34 teams that set times, 19 of them completed a 10-lap run.  Of those 19, Haley was fastest with an average speed of 122.287 mph.  That was approximately four-thousandths of a second per lap faster than Custer, with Allgaier close in tow.

Xfinity Series teams will be back out on the high banks to qualify for Saturday’s ALSCO 300 bright and early.  The clock will start just after 9:30 a.m. EDT Saturday morning.  The session will air live on FOX Sports 1.