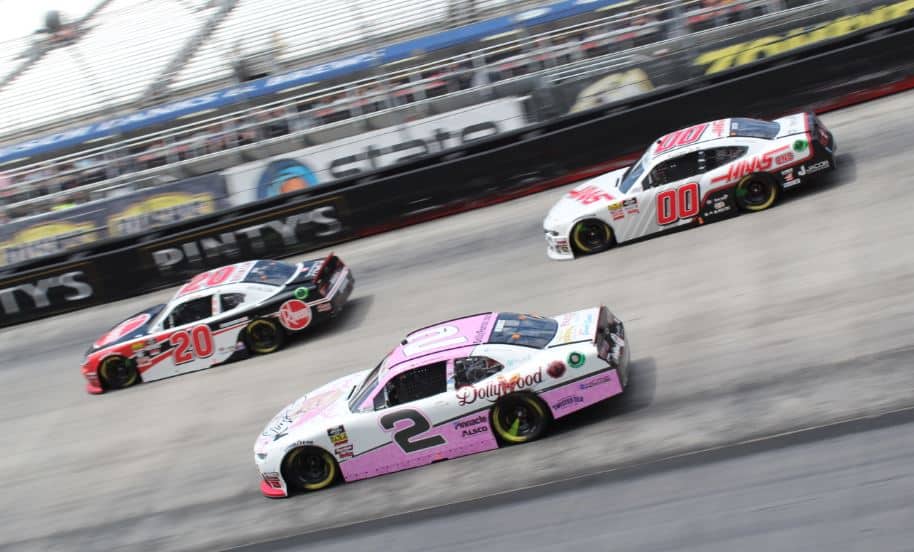 For the fourth straight time in 2019, Tyler Reddick ended the day in the top five in the NASCAR Xfinity Series.

After qualifying second for Saturday’s Alsco 300 at Bristol Motor Speedway, Reddick was among the most consistent drivers of the 300-lapper, finishing second in both stages and leading 61 laps. And unfortunately for Reddick, second place was how the day ended after Christopher Bell gapped the Richard Childress Racing driver in the closing 25 laps.

With solid points, Reddick knows he could have gotten more, specifically to end stage one, when a timing and scoring issue gave up the win for the No. 2 team.

“A few people thought the stage ended on the lap that it did,” said Reddick, who was passed by Justin Allgaier during the extra lap. “I wasn’t looking for the flag, I thought we were coming to the end of stage one. I don’t know what happened. A lot of guys’ timing and scoring was showing it ended on that lap. I thought it was done so I quit racing.”

Giving up a playoff point, Reddick continued on, battling Cole Custer bumper-to-bumper behind Bell and Allgaier in the top five. The pink Chevrolet of Reddick just didn’t have that little extra to keep with Bell for the win.

“To run second-second-second, qualifying second, it’s not a bad day for the No. 2 car,” he said.

The bottom lane did have the bite Reddick hoped in the green-flag runs.

“You would just push up off it for too long,” he said. “I don’t know if it was the mixture they used or the tires being too hard… or both. You could make it work at first but it got a little too hot today. Too slimy to actually work. It was really odd.”

Reddick left the final pit stop in the hands of crew chief Randall Burnett, who chose to take four tires for the final 32-lap run.

“I never like to inject my opinion in the matter,” he said. “I’ve always been the racecar driver. Randall [Burnett, crew chief] has plenty of experience, knows what he’s doing. I have all the faith in the world of his ability to go with four tires there. We still finished second so I wouldn’t say it’s a bad call.”

Still in contention for the Dash 4 Cash next weekend at Richmond Raceway, Reddick is confident of the chemistry between himself and RCR.

“I felt we were firing on all cylinders at Daytona,” he said. “I really felt from the start, especially at Atlanta, we had a game plan. Ever since the start of the year, we’ve been right there.

“Christopher [Bell] is so good at Richmond. What Joe Gibbs brings is a good package. How RCR ran last year at Richmond makes me feel good. Daniel [Hemric] and Matt Tifft showed good speed there. I’m excited to get there. It’s a place I despised over the years but I’ve seemed to come to it as of late.”