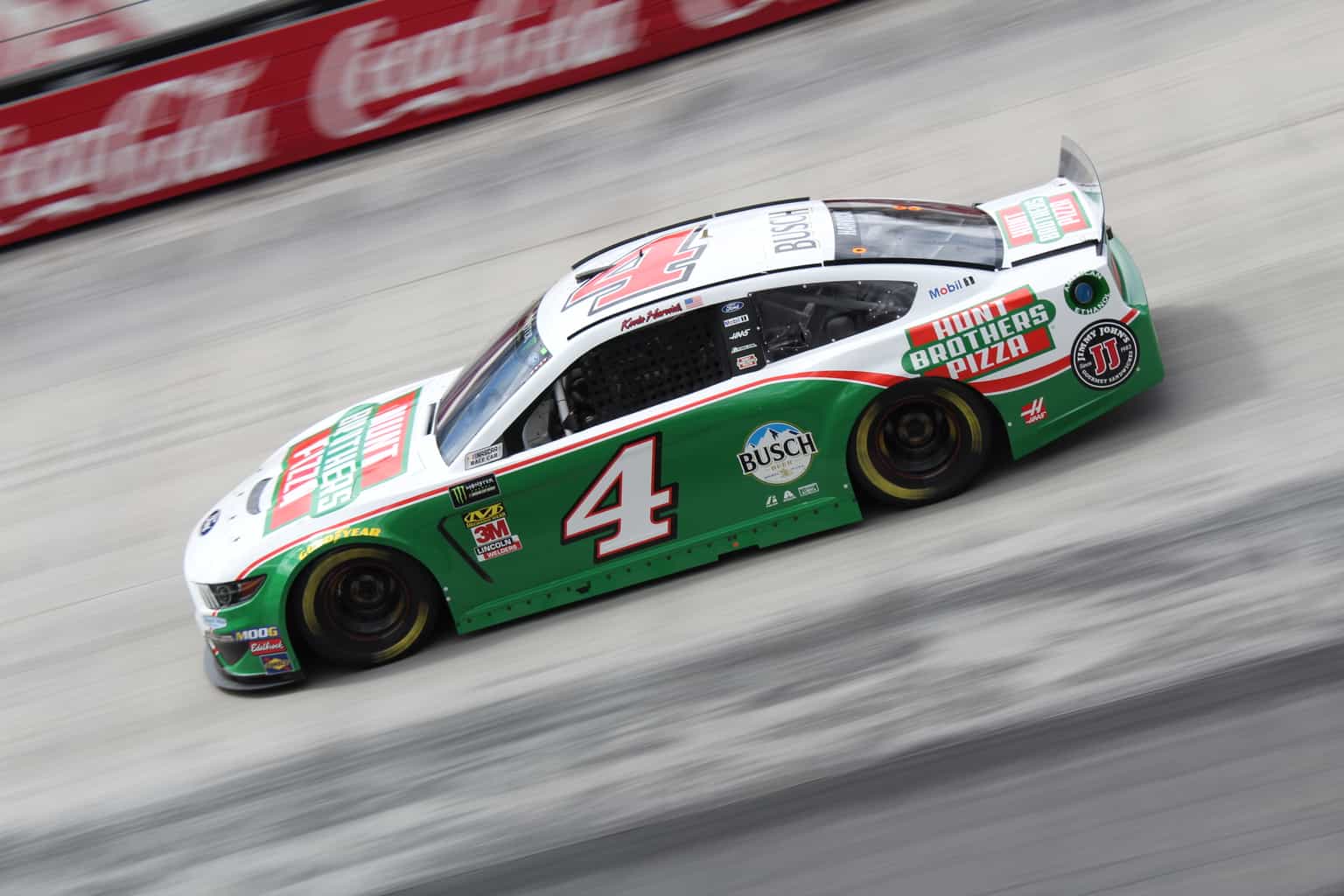 Despite having a car that was tops in just about every average speed metric during practice on Saturday, Kevin Harvick‘s race at Bristol may have ended long before the green flag drops. Harvick’s No. 4 car took four attempts to finally clear tech inspection Sunday (April 7), and as a result, Harvick will start from the rear of the 37-car field.

In addition, Harvick’s engineer Billy Kuebler has been ejected from the speedway and Harvick will be forced to make a pass-through penalty following the drop of the green flag. On an ultra-fast short track such at Bristol, the penalty will likely have Harvick multiple laps down by the time the No. 4 is able to get up to race speed.

The No. 4 team will also serve a 30-minute practice hold next weekend at Richmond Raceway.

Fantasy racers starting Harvick, you have been warned.

Harvick will be joined at the rear of the field by Ryan Preece, who moved to a backup car.

Maybe the reason Harvick’s car was so fast is because it was illegal!