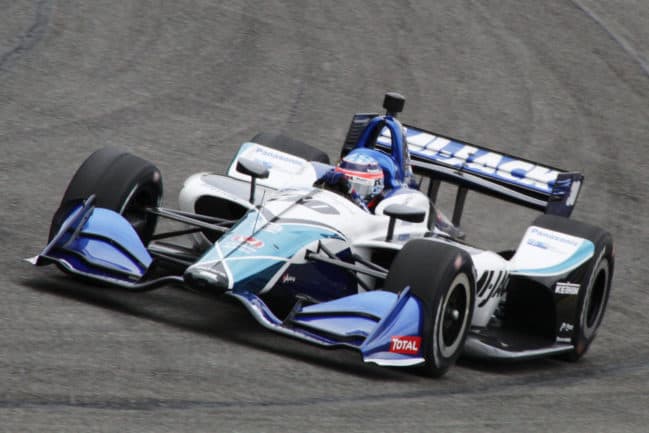 Chevrolet has dominated at Barber Motorsports Park the last four seasons. But on Sunday, Honda went back to Victory Lane in Birmingham for the first time since 2014. Until Sunday, Honda won the Grand Prix of Alabama three times of the last 10 races at Barber Motorsports Park. That changed, though, as Honda took home its fourth triumph at the course.

Even some damage sustained by running through the grass late couldn’t stop Takuma Sato. After starting from the pole, Sato put on a clinic, leading 74 of the races 90 laps. Sato’s teammate Graham Rahal, along with an off-track incident by Max Chilton, causing the only caution of Sunday’s race. It made the race closer, but Sato sealed the deal to earn his fourth career NTT IndyCar Series victory.

Defending series champion Scott Dixon earned his sixth runner-up finish at Barber, while Sebastien Bourdais came home on the final step of the podium. Defending race winner Josef Newgarden ran his way through the field from the back to finish fourth and Alexander Rossi rounded out the top five.

The Rahal Letterman Lannigan Racing team was looking strong early with both drivers running near the front. A throttle issue would ultimately cause Rahal to go behind the wall, ending his day. Sato would continue to lead the charge for the RLLR team.

Sato needed to hold off a charge from Dixon, but the defending champion had his own battle to tend to with Bourdais. Bourdais would have more push-to-pass to use. Passing Dixon would be another task that he just couldn’t do before time ran out.

The victory didn’t come without a little bit of a scare. Sato missed one of the corners and ran through the grass. As he went through that corner, a piece of Sato’s car flew through the air, giving the ones behind him a glimmer of hope. That hope wouldn’t last long as the missing piece didn’t hinder the Tokyo, Japan native from taking the victory.

After winning at Circuit of the Americas, Colton Herta was unable to attempt to go back-to-back. After only 34 laps, Herta went behind the wall with what seemed to be mechanical issues. In the span in three weeks, the rookie has now seen the highs and the lows of the IndyCar Series as he falls from second to fifth in the standings. Dixon moves into second, while Sato takes over third.

The series departs the deep south for the West Coast next weekend. The series makes its return to Long Beach, CA for the Acura Grand Prix of Long Beach. Fifth-place Barber finisher Alexander Rossi earned the victory at Long Beach last season and has yet to find victory lane this season.