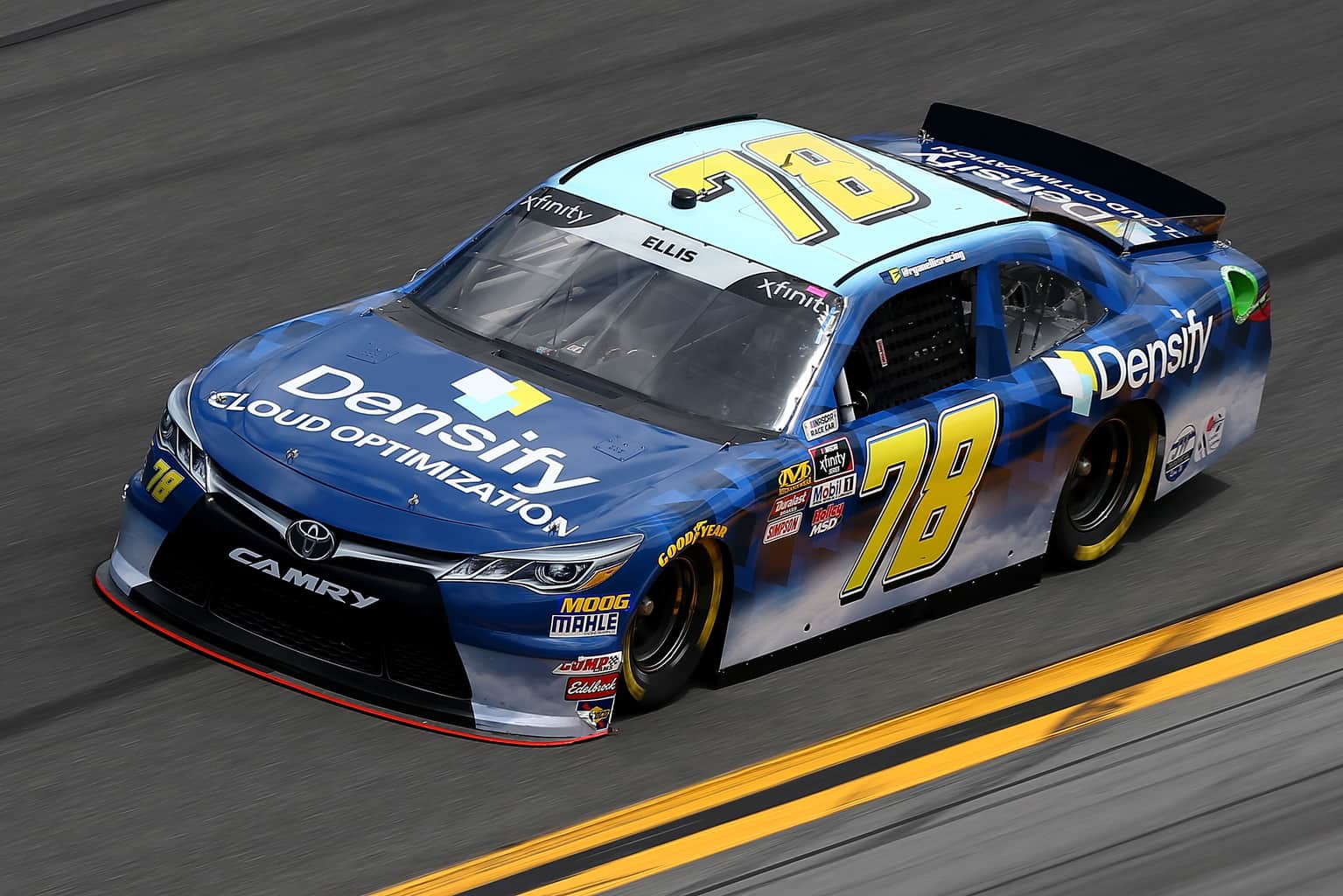 Ryan Ellis will return to the NASCAR Xfinity series for two events this season. The 29-year old will strap behind the wheel of the No. 99 car for BJ McLeod Motorsports at Iowa Speedway (June 16) and Road America (Aug. 24), Ellis announced Monday (April 8).

A veteran of 48 career NXS starts, Ellis currently serves as a public relations representative for Monster Energy NASCAR Cup Series’ Go Fas Racing and driver Corey Lajoie. Since landing the position two years ago, the Torrance, CA. native has limited his seat time, but has still found time to make sporadic NXS starts since. Even with a reduced schedule, Ellis credits BJMM team owner BJ McLeod, who has given him opportunities to zip up his fire suit again.

“This is an interesting opportunity,” Ellis told Frontstretch. “Me and BJ have always talked about running a ton of races together, but I’m only fully able to race on our off weeks. Obviously, Road America and Iowa are the only races I can do in my current schedule, but it’s really exciting. I think we can do really good together.”

The Californian has notched four career starts at Road America for Jimmy Means Racing, The Motorsports Group and SS Greenlight Racing, as well as a 17th-place finish for BJMM last year. With an extensive background in sports car racing, Ellis is optimistic that the BJMM group will top last year’s performance.

“I think a top 15 would be a very good starting spot,” Ellis said. “I know that’s lofty, but Road America is a track that I think we that off. If it rains, I think we could get a top 10 or better. Iowa is a wild card for me, though. I have not run an oval in three or four years. That will be a little bit difficult for me, but a top 20 there will be a really good day.”

Despite being involved in the creation of Corey Lajoie’s face car, when asked about slapping his face to his own vehicle, a chuckling Ellis replied, “Yeah, I think I’m going to let that one pass by.”

Here's your Friday schedule for @amsupdates!

The @OldSpice Ford will have two on-track sessions today. pic.twitter.com/oNCtd1oepz