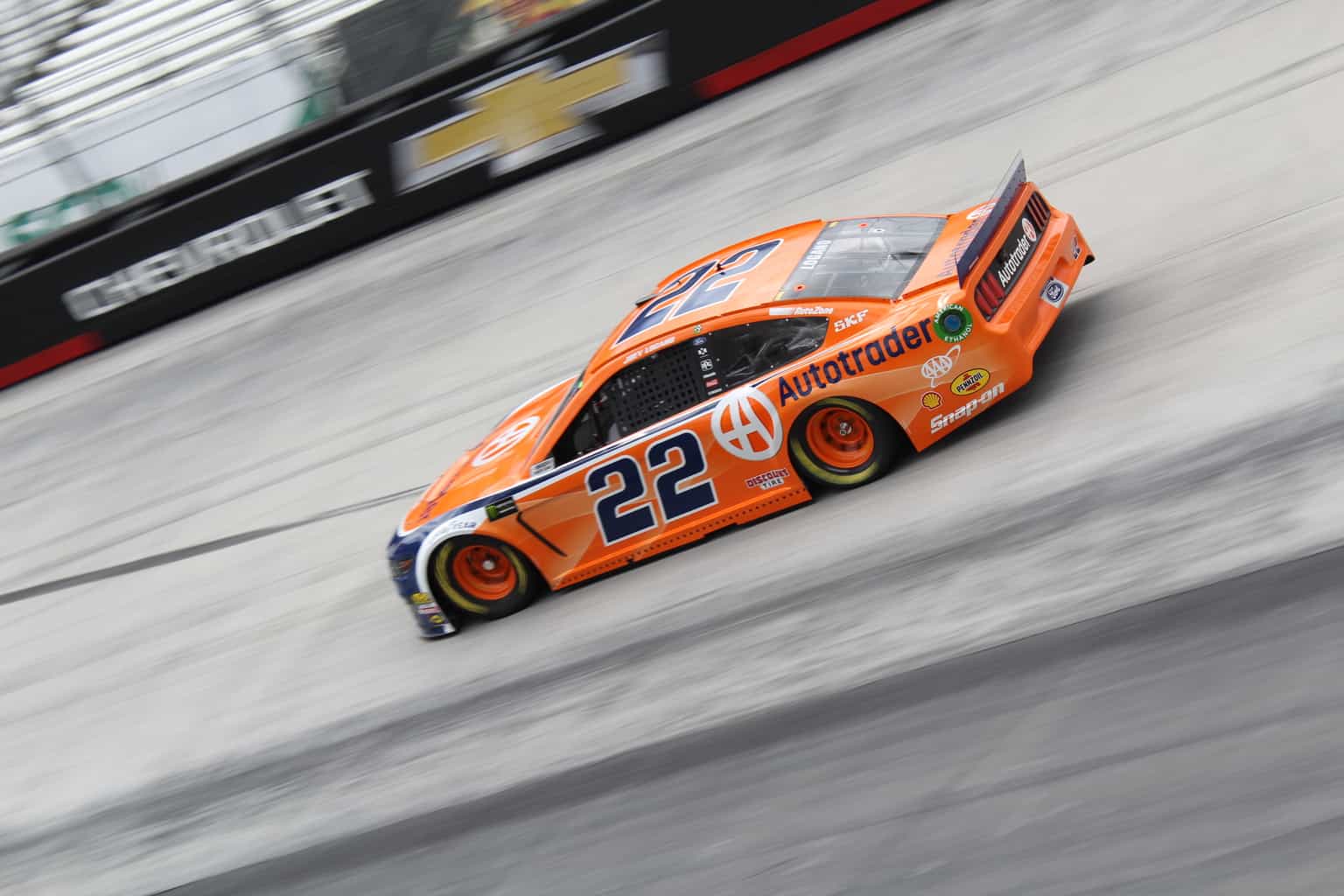 There was a mystifying mix of the routine and the head scratching during Sunday’s Monster Energy NASCAR Cup Series race at Bristol Motor Speedway.

Yeah, Kyle Busch won the Food City 500 and Team Penske, Joe Gibbs Racing and Stewart-Haas Racing took up most of the spots up front, but he was involved in a lap two wreck for the second Bristol race in a row.

The race was also shown on Fox Sports 1, which makes sense from a business perspective, but is perplexing when you remember that Bristol is a short track. Fans are clamoring for more short-track racing, so it seems like they especially ought to be shown on broadcast networks in order to draw in more eyeballs.

Judging from Twitter, FS1 timed their commercial breaks at very inopportune times as well, which is both puzzling and typical. The stands were also incredibly empty, which isn’t a good look for the sport.

As my colleague Mike Neff wrote last week, people tend to see what they want to, so you can’t please everyone, but still, this might qualify as concerning for NASCAR. On the other hand, there was lots of side-by-side action and an element of unpredictability as underdogs were near the front late in the race.

Matt DiBenedetto is excellent on the high banks of Bristol. His career has been stuck in underfunded equipment, so on paper his stats don’t look excellent, but he got BK Racing the best result in team history (sixth) a few years ago and seemed like he could match that on Sunday for Leavine Family Racing, at one point putting the No. 95 Toyota as high as sixth, consistently running just outside the top 10 before finishing 12th.

His average finish at Bristol is 19.7, when most of the time his cars had no business finishing better than 30th.

Aric Almirola will probably be glad Bristol doesn’t come up again for a while. After crashing out on the first lap Sunday, the veteran now has six DNFs at Bristol in 20 starts, and an average finish of 24.6. He’s led a grand total of two laps at the Last Great Colosseum.

Joey Logano has a win at Las Vegas Motor Speedway and a pole at Martinsville Speedway already this season to go along with four top-fives and five top-10s this season. He also has three stage wins, and is leading all drivers with 95 stage points so far this season, and would hold the fourth seed in the playoffs if they were to begin today. On the other hand, the races outside the top 10? 23rd at Atlanta, 19th at Martinsville and 17th at Texas.

Eight races into the 2019 season, Ricky Stenhouse Jr has three finishes inside the top 15. The Roush Fenway Racing driver’s average result for 2019 matches his car number, which isn’t great when you drive the No. 17.

Yes, his race on Sunday at one of his best tracks was derailed by a first-lap wreck, which sent him into the garage for lengthy periods and doomed him to a 33rd-place effort. But on the bright side, he still has six top-10s in 13 Bristol starts.

Denny Hamlin‘s under the radar season continues with a fifth on Sunday. That makes two wins, five top-fives, seven top-10s and a worst finish of 11th (also matching his car number) in eight races this year. He would be the second seed if the playoffs began at this moment.

No, Hendrick Motorsports hasn’t been on the top of their game for the past few years, but Alex Bowman is invisible most weeks, which is a little surprising, given the high-contrast designs his car uses most weeks. The No. 88 has an average finish of 19th so far this season, with a best finish of 11th at both Daytona and Las Vegas.

Bowman is 21st in the standings, a manageable 21 points out of the final playoff position.

Besides NASCAR, one of the other writing gigs I have is covering superhero movie/TV news for a site called Bam Smack Pow. Obviously, with Almirola’s No. 10 promoting the DC Extended Universe film Shazam, starring Zachary Levi, it wins Paint Scheme of the Week. This Shazam scheme has been used for a few weeks now, but since the movie released this weekend, it seemed right to feature the red-and-gold scheme.

Go Fas Racing had a rough time, but they put a good face on things.

Yesterday, a parts failure ended our race. We had great speed all day and @CoreyLaJoie did a phenomenal job! We'll build on it as a team and move forward. Top-25 speed all day for the @DUDEwipes team is a good thing.

Fan Brittany Cote enjoyed seeing Rowdy’s run to the front of the pack.

KB’s racecar be like “I don’t have the perfect body, but it’s Bristol baby & I’m still winning” ??? #NASCAR #FoodCity500

Runner up Kurt Busch was both annoyed and proud of his little brother to beating him to the checkered flag. Sibling success is like that sometimes.

The Cup Series and Xfinity Series will be racing under the lights at Richmond Raceway this weekend.

In the Xfinity Series on Friday night (Friday, April 12 at 7 p.m. ET on Fox Sports 1), one of the Stewart-Haas Racing duo of Cole Custer or Chase Briscoe will take the Dash 4 Cash bonus prize in the ToyotaCare 250.

Virginia native Denny Hamlin will get his third victory of the season on Saturday night in his home state.