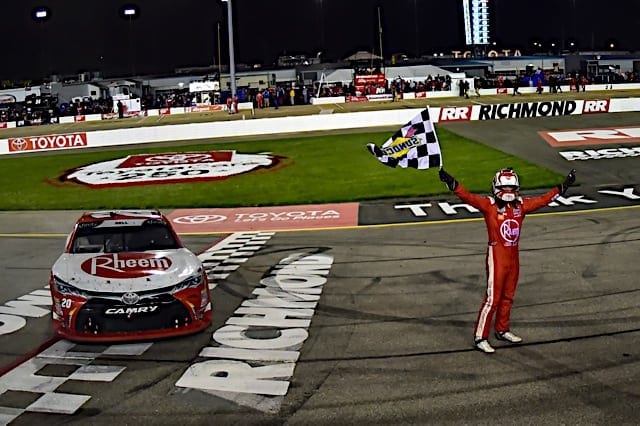 40 NASCAR Xfinity Series drivers are scheduled to attempt the 2019 ToyotaCare 250 at Richmond Raceway. Only 38 cars will make the race scheduled for Friday, April 12.

The first night race of the season for the series comes with a number of driver changes. Virginia native Elliott Sadler is the biggest name on the list. He’ll come out of retirement for this event, piloting the No. 10 for Kaulig Racing.

Zane Smith returns for his third start of 2019 for JR Motorsports, this time with backing from PatientPop. Young Riley Herbst also makes his first start of the season in the Joe Gibbs Racing No. 18 Toyota. Herbst will be backed by Monster Energy in his second career NXS race. The promotion comes just days after being involved in an on-air controversy with reporter Hannah Newhouse at Bristol Motor Speedway.

Kaz Grala will pilot the No. 21 for Richard Childress Racing for the second time in 2019, backed by HotScream. Grala finished 18th at Texas in his NXS season debut.

Another Virginia native, Mason Diaz, replaces Brandon Brown in Brandonbilt Motorsports’ No. 86. Sponsorship will come from Solid Rock Carriers as Brown steps back from his full-time ride and a shot at the postseason.

Donald Theetge makes his second start of 2019 in a DGM Racing machine; this time, he’ll run the No. 36. Theetge previously drove the No. 90 at Las Vegas Motor Speedway, wrecking out on the second lap of the race. DGM will also field Dillon Bassett in the No. 90, making his Xfinity Series debut.