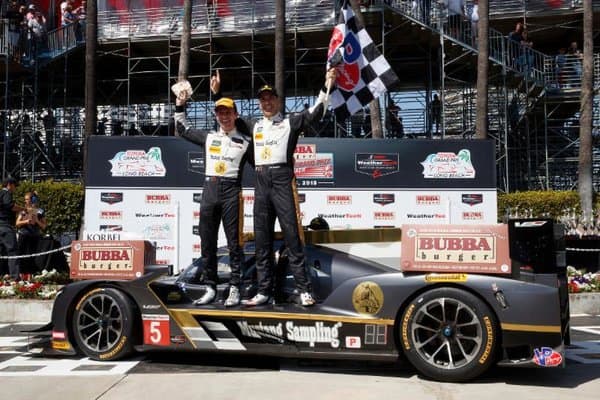 This weekend, the IMSA WeatherTech SportsCar Championship has their first sprint race of the 2019 season on the Streets of Long Beach in California.  Due to space constraints, only the Prototype and GT Le Mans teams are making the trip this weekend.  As a result, only 19 cars are entered.

This weekend will be the first chance for fans to see the full-season driver lineups in the two classes in action.  For the LMP2 and GT Daytona classes, you’ll have to wait until Mid-Ohio next month.

As compared to the first two races of the season, there are very few changes at play.  However, Juncos Racing never actually confirmed a full-time teammate to William Owen in their No. 50 Cadillac DPi-V.R.  The team apparently plans a bit of a revolving door in the second seat.  For Long Beach, Owen will be paired up with Kyle Kaiser, the 2017 Indy Lights champion.  Kaiser drove for the team in the Rolex 24 at Daytona, but did not compete at Sebring.  It will only be Kaiser’s second sports car race.  For Owen, he’s not all that experienced here in the United States either, but he made his series debut at Long Beach with PR1 Mathiasen Motorsports in 2017, finishing fifth overall.

Outside of Juncos Racing, the regular lineups stand pat.  The slow turns and the need to put down the power favor non-turbo cars.  Cadillacs have won this race the last two years, first with Wayne Taylor Racing, then with Action Express Racing (pictured above).

In GT Le Mans, there are eight entries as Risi Competizione has declared that they will not compete in the series for much of the rest of the season.  They’re currently focusing on their upcoming effort at Le Mans.

As a result, the GT Le Mans field is comprised of two cars each from the four factory-supported operations.  Corvette Racing’s Oliver Gavin and Tommy Milner have won the last two years in their No. 4 Chevrolet Corvette C7.R.  The first of those wins came under unusual circumstances after a stack-up on the final lap in the hairpin.