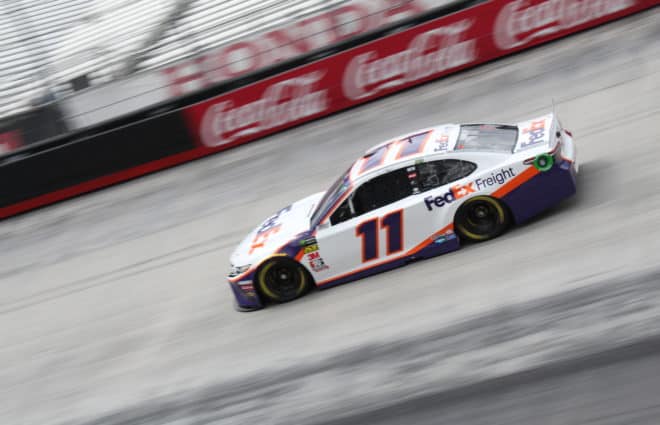 Denny Hamlin drove the No. 11 car to a fifth-place finish, while Martin Truex Jr finished 17th.

There were no issues in the NASCAR Xfinity Series this week.

There were no penalties in the NASCAR Gander Outdoors Truck Series, either, as the series was off.

Wesley has been with Fronstretch since October 2017. He loves well-told stories in whatever format he finds them. Aside from NASCAR, he enjoys reading, country music and OKC Thunder basketball. He has a BA in Liberal Arts/English and currently lives in eastern Oklahoma, where he works as a freelance writer/editor.
@@CoburnWesley
Previous Entry List: 2019 Toyota Owners 400
Next Natalie Decker Adds 6 Races to Schedule