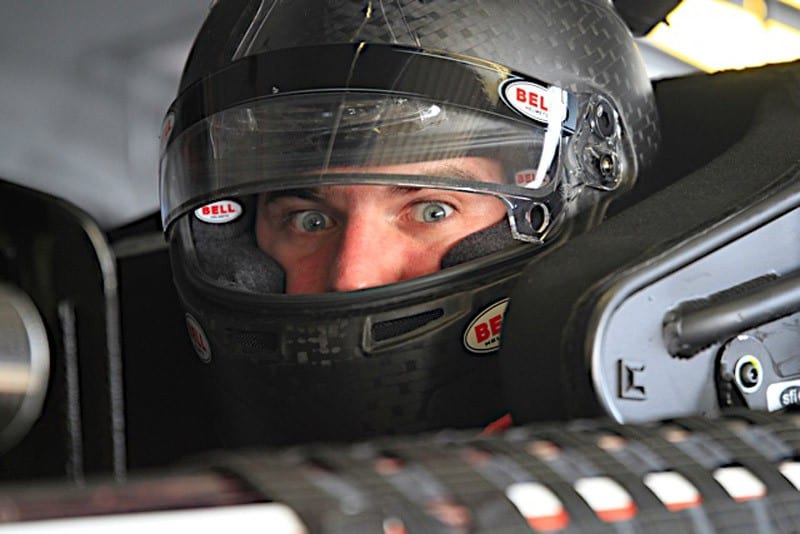 What doesn’t Corey LaJoie have? The North Carolina native is one of NASCAR’s most outgoing personalities. But it’s taken years for him to catch the attention of major corporate backers.

LaJoie was just beating Brett Moffitt, Chase Elliott, Bubba Wallace and Kyle Larson on a weekly basis in the K&N Pro Series East. His talent, at the time, was undeniable. In family-owned equipment, he captured a series-high five wins in 2012. While he came up a mere 14 points shy of defeating Larson for a title, it appeared as if he was on the quick road to become a Monster Energy NASCAR Cup Series driver.

However, the four drivers he was competing against made it to NASCAR’s premier level before he did, each having a shot to run well. LaJoie, plagued by a lack of sponsorship, had to fight for each opportunity. Some were worthwhile, like running a partial schedule for the now-defunct JGL Racing in the NASCAR Xfinity Series in 2016. Others, though, not so much.

“Oh, they weren’t even speed humps,” LaJoie said in a recent interview with Frontstretch. “It was like road blocks. I was crew chilling a K&N West car, flying out west to crew chief David Mayhew for a year. I wasn’t driving anything.”

But he did what he could to make it to the Cup Series.

Eventually, LaJoie landed a majority schedule in 2017 with BK Racing, followed by 23 races in 2018 with TriStar Motorsports. Both teams no longer exist.

LaJoie, though, has the opportunity of a lifetime. He’s running his first full NASCAR schedule thanks to Go FAS Racing. And a sudden growth in popularity came just two months ago at the season opener at Daytona International Speedway thanks to the unlikeliest of partners.

“Whatever it takes for people to put a face to the name,” he said.

Old Spice, which formerly sponsored Kevin Harvick Inc. and Joe Gibbs Racing in the Xfinity Series, mostly with Tony Stewart, teamed up with LaJoie for the Daytona 500. The company slapped his face on the hood of the car.

What happened next was something LaJoie never expected.

“Even if they didn’t even like the sport, they know I’m the guy who put his face on the car — whether or not I did or not, Old Spice wanted to do it — but I have gotten recognized way more in the following week or two after that,” he said. “It was a great thing for the sponsor because it got a lot of attention, but it was also great for my career for people to realize who I am.”

LaJoie literally became the face of NASCAR for two weeks. His face was all over the place, from Barstool Sports to ESPN and many other outlets that NASCAR has failed to attract recently.

What made LaJoie stand out wasn’t that his face was on the hood of a race car. It’s his personality.

When speaking to LaJoie, he’s just a normal guy. He doesn’t put on a face for anyone. He’s his own true self, unfiltered and all.

LaJoie is exactly what NASCAR needs. Just like his Go Fas Racing predecessor, Matt DiBenedetto, he can use his personality to elevate himself to a top ride. He finally has a shot to race on a weekly basis. One good run can truly change his life.

“I’m in the best spot I’ve been in on Sundays,” LaJoie said. “I think it’s going to be a better spot when some of these bigger name guys start retiring. Maybe I can hop in a championship-winning car one day. But right now, I’m checking the boxes and doing what I can.”

What is the obsession with LaJoie lately? Pffftttt….