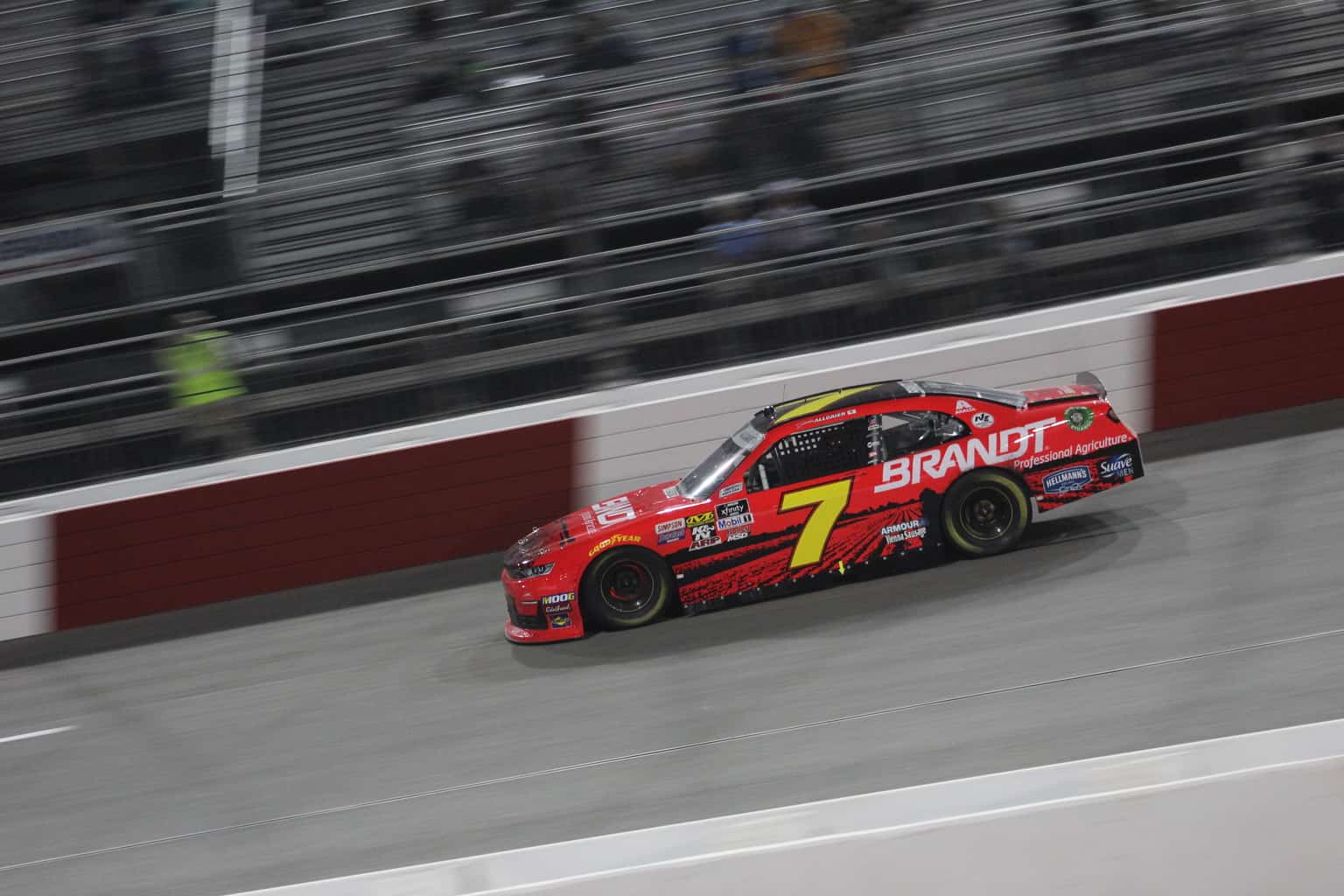 A roller coaster day for Justin Allgaier ended with a podium finish at Richmond Raceway on Saturday (April 12) in the ToyotaCare 250.

The No. 7 JR Motorsports Chevrolet showed speed early, winning stage one. But after a strange cycle of pit stops mired him back in 14th, he was never able to get back to the top spot and challenge for the victory.

“The night was definitely up and down,” he said. “I thought early in the race there, especially on the short run, we had really good speed. We needed a little bit of long-run speed. Once the track got rubbered in, I think we were just a little bit off of Cole (Custer), Christopher (Bell) and Austin (Cindric). They were really good on the rubber. I’m bummed I kind of messed up the restart I was on the outside of the front row.

“But a good day, solid points day. Qualifying for the Xfinity Series Dash 4 Cash, that’s huge. Lack of mistakes and we didn’t have anything that caused us to have bad luck. Just a solid day for us.”

He finished the second stage in 14th and then pitted off sequence. Coming to that restart lined up 16th, Allgaier’s fresh tires worked out just fine, as he gained eight spots in one lap and was inside the top five in another circuit. Three and four-wide on the high side at Richmond? Yes, please.

The No. 7 is wasting NO time moving back to the front.@J_Allgaier is coming ?. pic.twitter.com/5djREyxsx9

“The restart I had fresh tires and nobody else did, that was probably one of the most fun restarts I’ve ever had,” he said. “But you’re on your toes because you’re not really sure at the speed you’re closing. If it goes wrong it’s going to be ugly. Jason (Burdett, crew chief) and I had a lot of conversations about pitting or not pitting, and then we chose a plan that if the rain came, we were going to be in good shape.

“NASCAR opened the pit road on the next caution as we were going by it. We didn’t pit that time, that probably hurt us. At the end of the day, that’s the one I was disappointed in because it kept us from getting stage points.”

Despite that downside, Allgaier was pleased big picture with the speed in his machine, especially moving forward into the rest of the season as the summer months lurk on the horizon.

“We had speed,” he said. “We executed well all night, even when we got behind and things didn’t work out the way we wanted them to, we were still able to rally back from that.”

Allgaier and company will look to earn their fourth top five of the season in two weeks at Talladega Superspeedway.