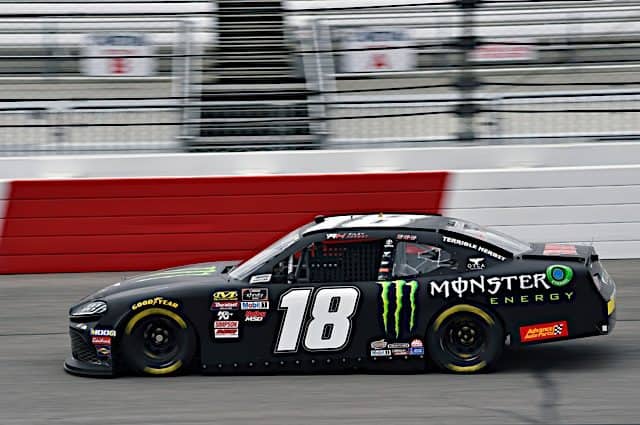 Xfinity Qualifying at Richmond Rained Out, Riley Herbst on Pole

Qualifying for Friday night’s (April 12) ToyotaCare 250 at Richmond Raceway was postponed due to weather, granting the pole to Riley Herbst, who’s making his second career start for Joe Gibbs Racing.

Herbst is driving the No. 18 Toyota, which has won three races this season with Kyle Busch and sits first in the owner’s standings. Behind Herbst is championship points leader Tyler Reddick, with two-time defending Richmond winner Christopher Bell, Cole Custer and Austin Cindric round out the top five.

Because qualifying was rained out, Josh Williams failed to qualify based on points. Morgan Shepherd was originally in the starting lineup but withdrew, meaning Kaz Grala will start shotgun.

The green flag is scheduled to fly shortly after 7 p.m. ET tonight. Rain has been on the radar all day.

Dustin joined the Frontstretch team at the beginning of the 2016 season. 2020 marks his sixth full-time season covering the sport that he grew up loving. His dream was to one day be a NASCAR journalist, thus why he attended Ithaca College (Class of 2018) to earn a journalism degree. Since the ripe age of four, he knew he wanted to be a storyteller.
@@DustinAlbino
Previous Kyle Larson Quickest in Richmond Practice; Rain Cancels Second
Next Daniel Hemric Leaning on Team in Tough Start to Rookie Season 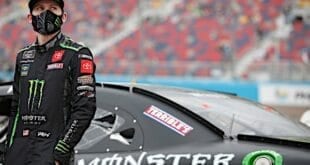