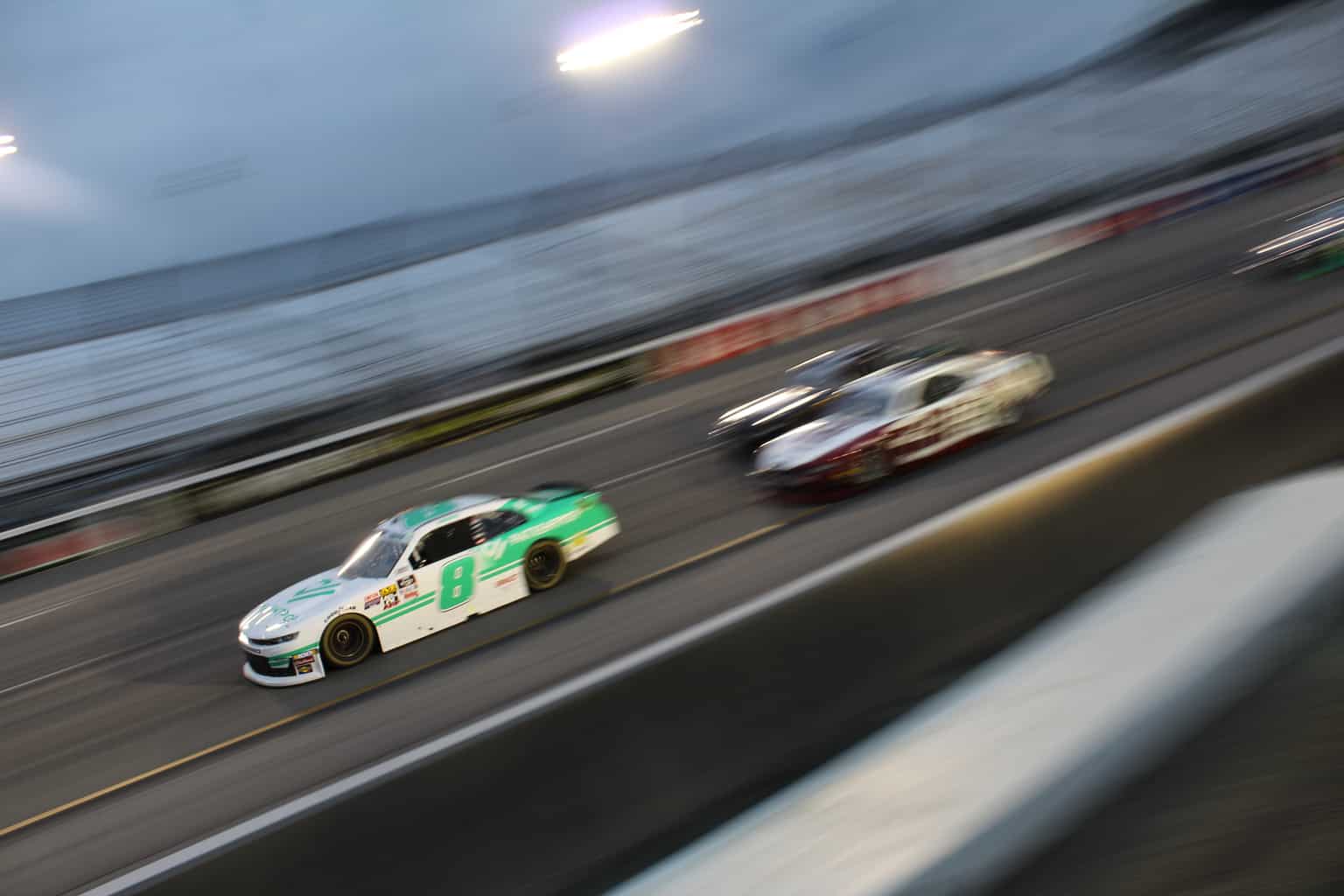 The West Coast kid is starting to gain some solid footing in the Xfinity Series.

Zane Smith earned his first career top-10 finish on Saturday night (April 12) in the ToyotaCare 250 driving the No. 8 JR Motorsports Chevrolet to a sixth-place result. It was Smith’s third career Xfinity start and second in as many weeks, following an 11th-place finish at Bristol Motor Speedway.

“I kind of got good at coming from the back at Bristol,” he said. “We’ll take this and learn from it. I’m happy I get to come here twice because I learned a lot from it.”

Smith’s part-time schedule in the series for 2019 includes another trip to Richmond, two to Dover International Speedway and two to Iowa Speedway. All tracks one mile or less, Smith is getting his feet wet at short tracks nationwide.

“Bristol, in my opinion, we struggled straight from when we unloaded,” he said. “Had a motor change which made us start in the back. Then every time I was the lucky dog, every time a restart would happen I’d be from last. Today, we ran up front which is what I wanted to do in these eight races of mine. Hopefully, we can put ourselves in more contention next time I come back. Run in the top three is what I’d like to do.”

That goal may not be out of the question. He outran JRM teammate Noah Gragson the entire night and battled Justin Allgaier for position a handful of times. He said the confidence gained from running top 10 all night with the faces of the series was something he’d like to make a regular occurrence.

“It’s super cool actually,” he said. “Yesterday was the first time I’d even seen the place. That’s how it’s going to be for a lot of these places. The mile-and-a-halves, I’ve only raced on four of those and places like these, I’m, super green. These eight I’m going to try to learn as much as I can and take it all in.”

Smith has a plethora of experience in stock cars, though. He drove full time in the ARCA Racing Series last season, finishing second in standings. He won four races and garnered 12 top fives in 20 races.

He’s leaned Allgaier and team owner Dale Earnhardt Jr. for advice on how to navigate the Xfinity Series waters, but also on a seven-time champion who happens to be in the Chevrolet camp.

“Jimmie Johnson has been a pretty big help for me,” he said. “To lean on him, a big name like that has been helpful for me.”

Smith’s next event will come Saturday, May 4 at Dover.

After a sixth-place finish with the @PatientPop team, @zanesmith41 chats with media members on pit road. pic.twitter.com/vLjHKc6mcW