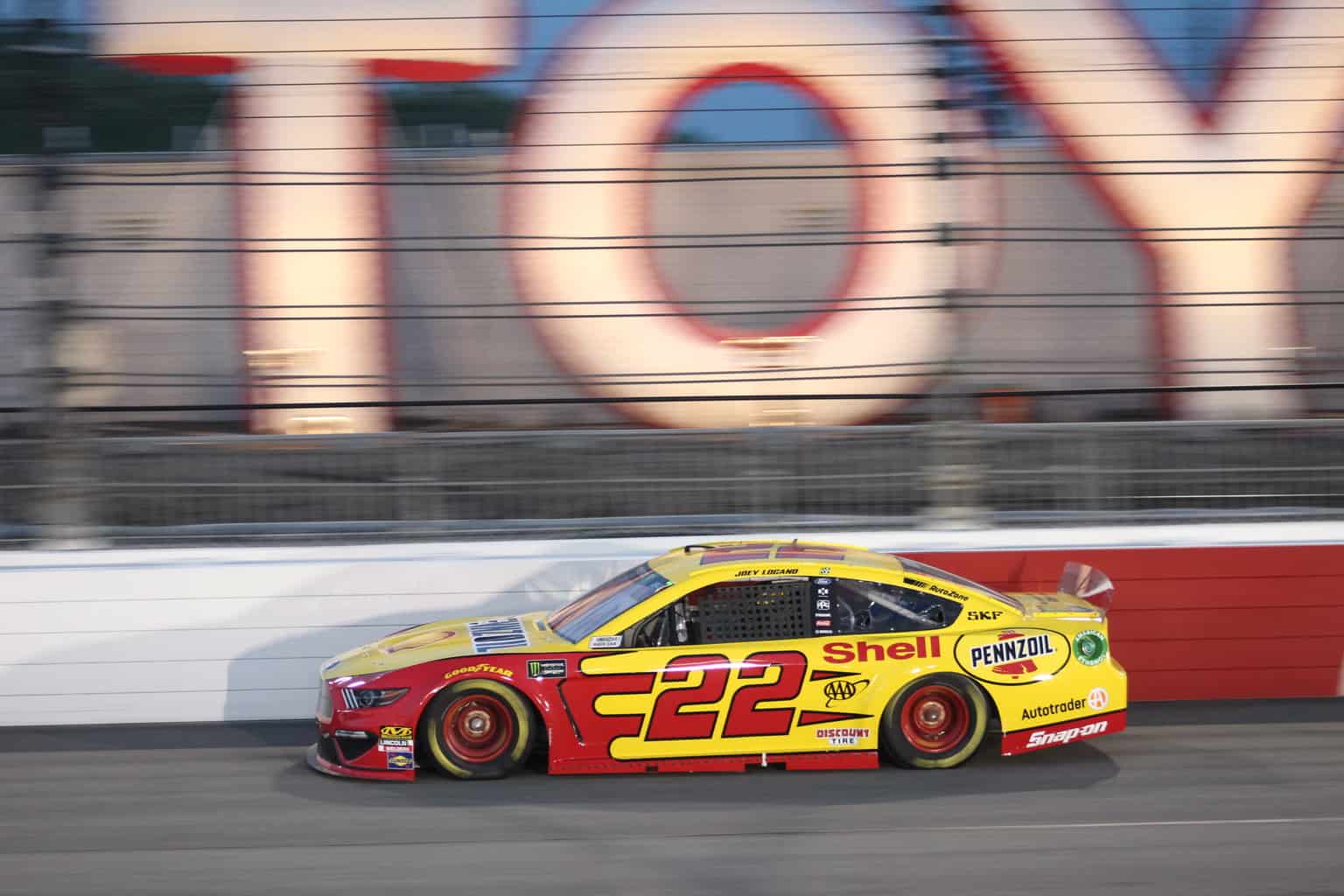 When the Monster Energy NASCAR Cup Series attacks Richmond Raceway, Joey Logano is always a threat for the victory. In Saturday’s Toyota Owners 400, the No. 22 was there yet again.

After starting third, Logano remained in the top five for the entirety of the opening stage, placing second. It looked like the second stage was going to belong to Kyle Busch, however, the No. 18 team received a speeding penalty on lap 130. That cycled the No. 22 to the lead.

For the rest of the second stage, Logano paced the field en route to the stage victory, his third stage win in the last two Richmond races. But it was a pit stop to begin stage three that got Martin Truex Jr. out front, and with clean air being king, the No. 22 would run between second and fourth for the majority of the race.

In a green flag run that spanned over 150 laps to end the race, Logano closed in on Truex and Clint Bowyer in the final 20 laps. With less than five laps to go, he passed the No. 14 car, only to close in on the No. 19. Coming out of Turn 4 heading to the white flag Logano had a run on Truex, though couldn’t get by, ultimately finishing second.

“We had a car that was capable of winning for the third week straight and we didn’t win,” Logano said after the race. “We’ve got to clean up some mistakes on our end. We lost the lead on a pit stop, we’ve got to get faster there. We lost control of the race at that point, fell back to third and had a decent green flag cycle.

“We reeled in the [Nos.] 19 and 14 from pretty far back. I was watching them race, stayed patient and saved my tires. I seen them come off the corner side-by-side, they were a little faster than me but I knew they were going to kill their stuff. I got there, just a couple laps late getting there. I was able to get to the 19, but not enough. …That’s all I had. We could have done things earlier in the race to maintain.”

As far as why Logano couldn’t regain the lead once he lost it came down to clean air. With the new rules package, Logano believes clean air is more important than ever at short tracks.

“Very, very, very, very aero dependant. Clean air is worth a lot,” Logano said. “That’s something we saw with the [No.] 18 car early in the race, you saw with us early in the race. If you can get out front you can take control of everything. It’s still a mechanical grip racetrack as you go to these racetracks, but it gets really tough when you get behind cars.”

During the final stage, Logano keyed into the team radio “way to go Brad, way to freaking go.” While Logano had a faster car, and Keselowski fell back from the lead after leading for 31 laps, the No. 2 wouldn’t let his teammate by for position. Logano believed that will lead to a team meeting next week.

“We’ll be fine, we’re friends,” he said. “You want to make sure one of our cars wins. We were better, but it is what it is. We race each other hard constantly, but we’ve always raced each other fine.”

With the runner-up finish Logano moved up to second in the championship standings, only behind Busch. Since joining Team Penske in 2013, Logano has 11 top-10 finishes in 13 races at Richmond. The series heads to Talladega Superspeedway next, where the reigning champion is a three-time winner.

Team Penske is making foolish mistakes, and it is costing them. IMO. Clean it up! You are better than this.

Every race the same song. Aero, hard to pass, got to get out into clean air. These were suppose to be stock car races not the technology driven cars that have been ruining races for along time.

Agree completely. NASTYCAR still does not get it.

Tom B
Reply to  jim

Why don’t they make the cars very unstable in clean air and easy handling in traffic?