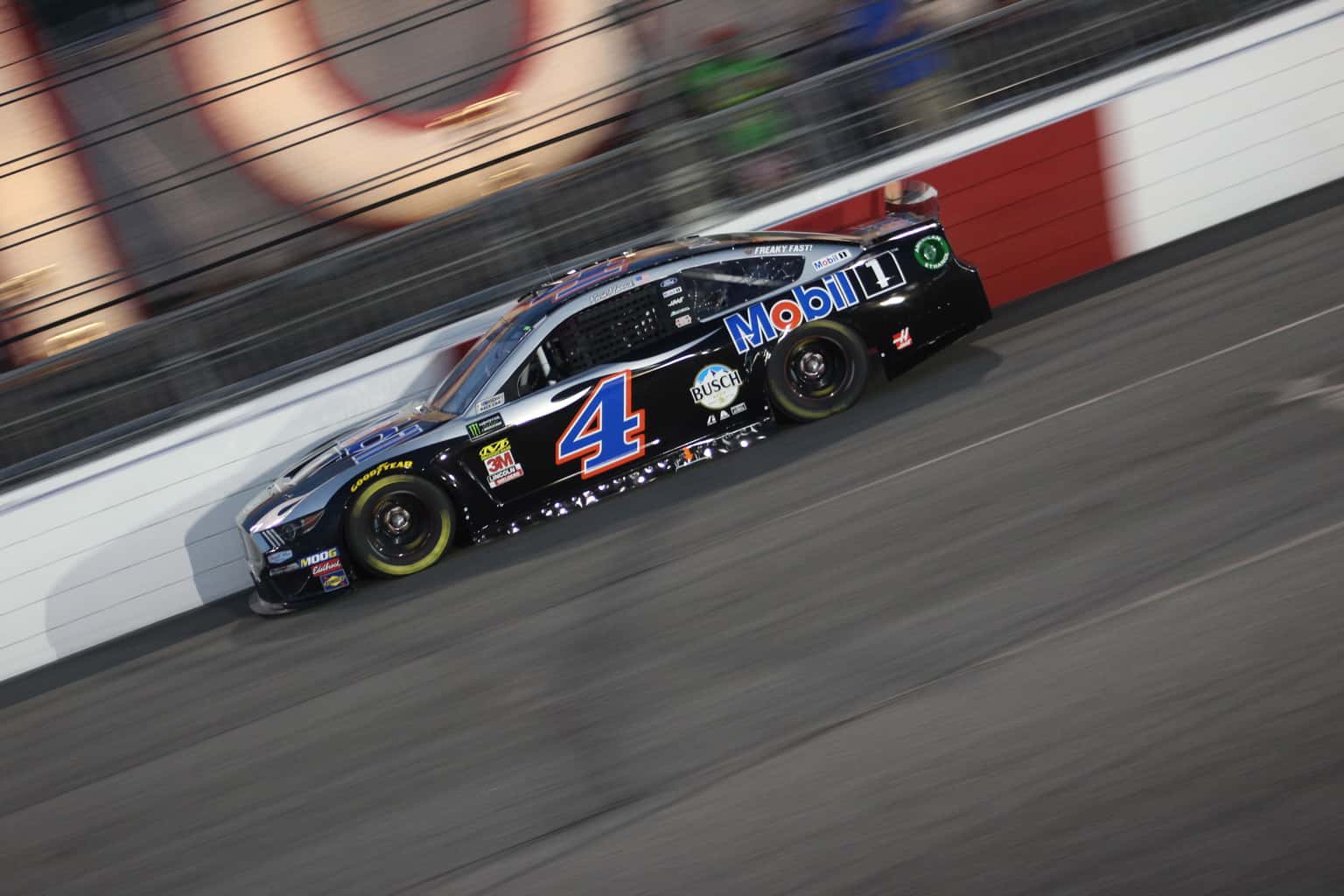 Kevin Harvick was pleased with his fourth-place finish in Saturday’s (April 13) Toyota Owners 400 at Richmond Raceway, his third consecutive top-five finish at the Virginia short-track.

“We were way too tight to start the race,” he said. “The guys did a great job adjusting on the car. Just got stuck behind two lapped cars there. Made up about five seconds to the lead. Cars are really bad in traffic and when you get to them, you just push the nose and slide the back end up off the corner.”

After starting on the pole, Harvick was passed by Kyle Busch shortly before the lap 40 competition caution. He ran inside the top 10 all day and ultimately was able to move inside the top five thanks to solid adjustments on his No. 4 Stewart-Haas Racing Ford.

“They did a great job with our Mobil 1 Ford,” he said of his team. “I like nights when we’re able to adjust on our car and make it better from where we start the race. We ran those guys down but we just ran out of time. I’m proud of everyone for hanging in there and fighting and we had another good night on pit road.

“It was a solid night. That’s the team we like to have and on the nights when things aren’t exactly going your way. We put ourselves back in the game and that was good.”

When asked whether or not the run was more frustrating or encouraging, Harvick clapped back as only Happy can do.

“We finished fourth,” he said with a smile following his third top five and sixth top 10 of the season. “Your expectations are too high. You gotta remember, last year was better than the other 17 years I’ve had in my career, too. It’s been our worst track, finished fourth, sat on the pole, finished third and fourth (as a team). Write what you want.”

Not being able to get by slower cars with as much ease as normal and battle lead lap cars down low and up high, the 2014 Cup Series champion chalked it up to the rules package.

“This package is just extremely tough to pass at every race track we go to so far.”