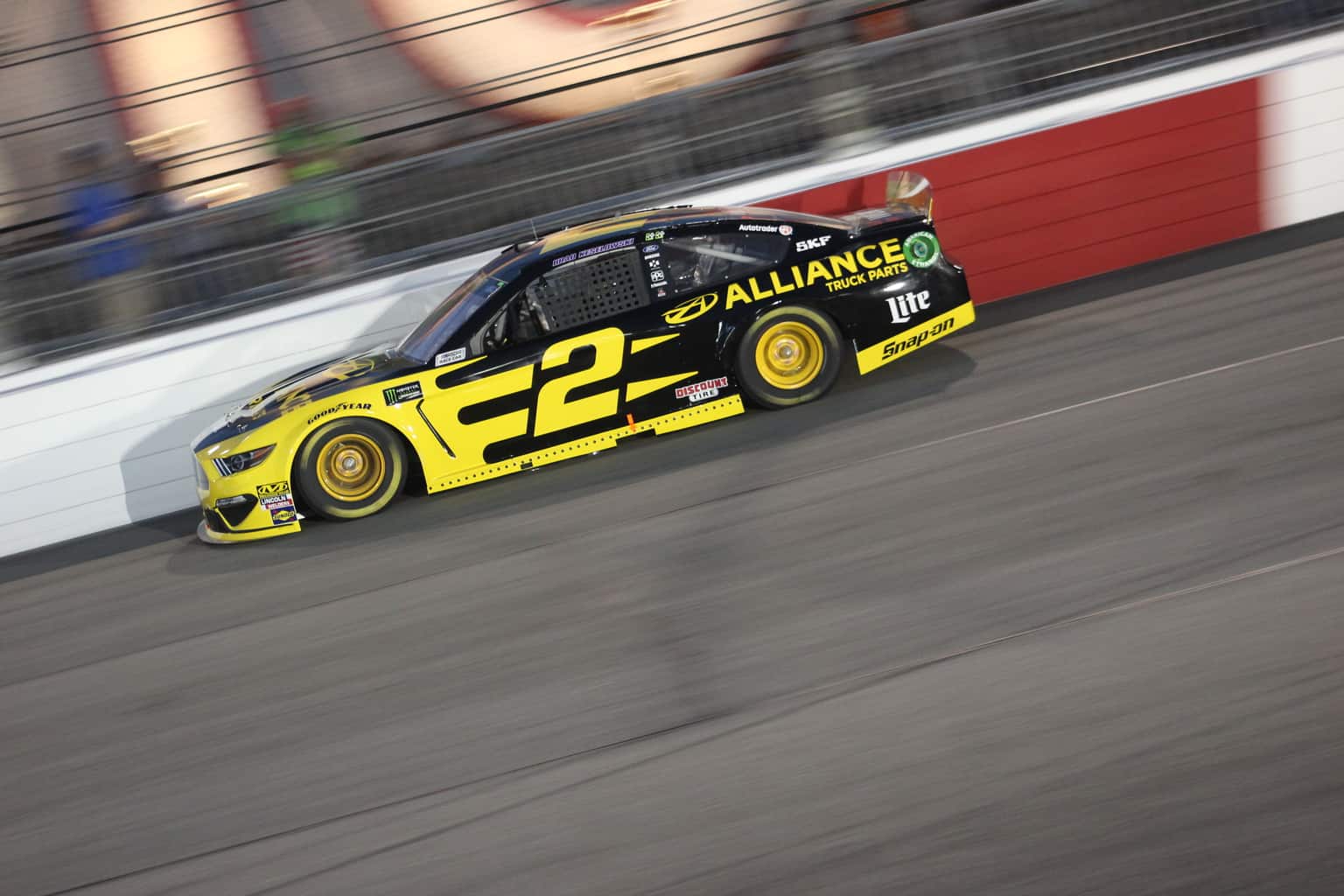 If you said there would be a four-car fight for the win Saturday night (April 13) at Richmond Raceway, most would put money on Brad Keselowski to take the checkered flag first.

However, the No. 2 Team Penske driver wasn’t even in the late battle for the Monster Energy NASCAR Cup Series win. Instead, his Ford faded out of contention to finish seventh in the 2019 Toyota Owners 400.

Leading 31 laps on the night, Keselowski’s strongest trait was short-run speed. And with no green-flag run more than 70 laps, that kept him near the front throughout the night.

That was until the race’s longest green-flag stretch ended the race with 148 laps without a caution. The long run proved to be rough timing as that’s when the 2014 Richmond winner fell back.

“We were really good on short runs and didn’t quite have it on long runs,” Keselowski said. “It came down to a long run at the end and we shuffled back. All-in-all, a fun day. It’s good to have some speed on the short runs and some things to learn for us to come back.”

Tempers also ran high between himself and teammate Joey Logano while battling for position. Radio traffic near the end of the race had Logano livid over the way he was being raced.

But Keselowski was on the cool side of the incident, having “no idea” that Logano was upset.

Logano expressing some frustration about Keselowski's indecision on picking a lane. "Way to go. Way to freakin' go." #NASCAR

“I can’t see the whole picture, I am only in the car,” he said. “I know we cycled back, but I couldn’t tell you why.”

With his first top-10 finish since victory at Martinsville Speedway last month, Keselowski knows it was circumstances that kept Richmond from being better than just another top 10.

“Overall, it wasn’t a bad day. It was good,” he said. “We needed the race to come to us with short runs at the end and it didn’t. I like short tracks, I think they are a lot of fun. It is hard to pass, but that is racing, that is how it is going to be.”