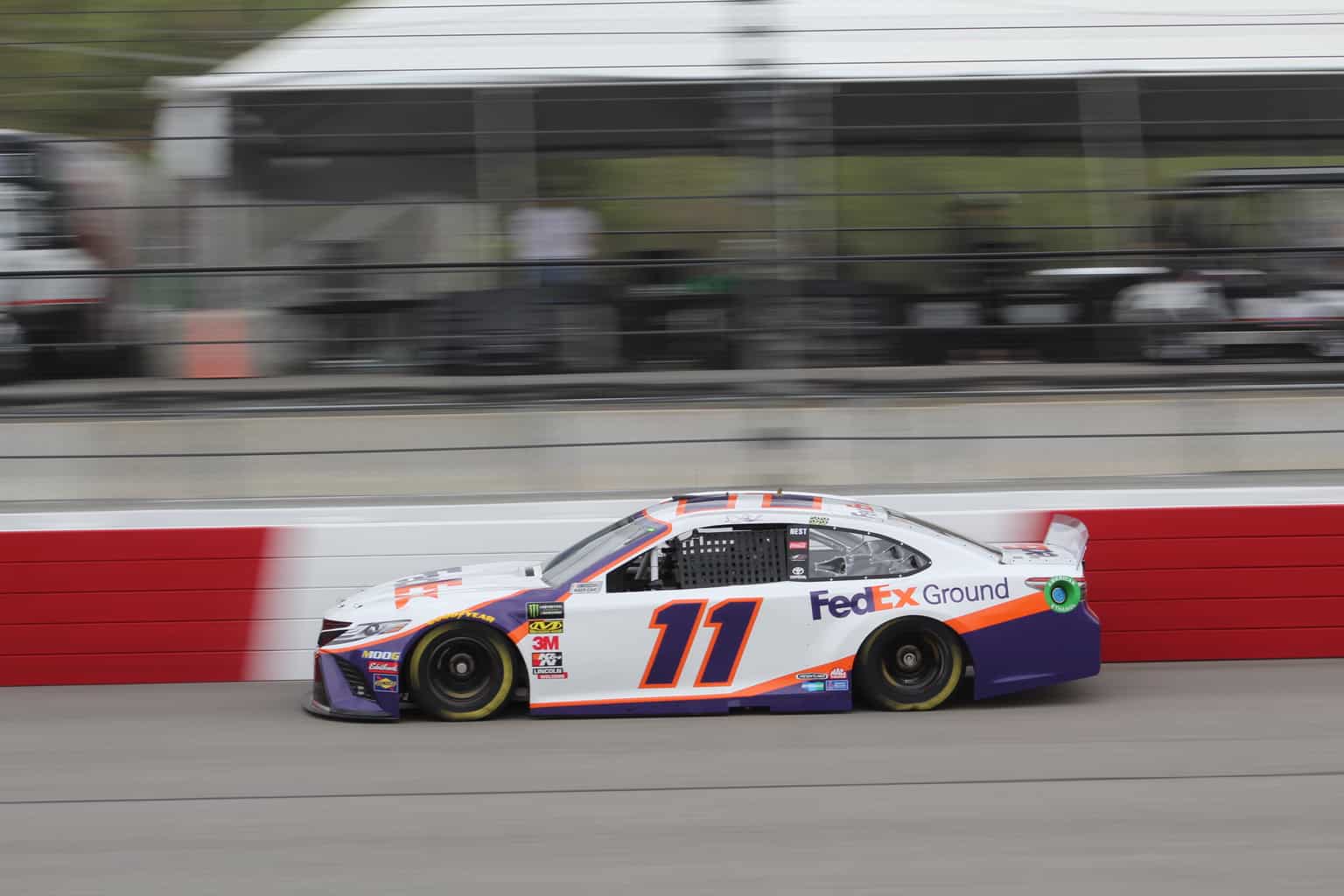 Pre-race inspection bit eight drivers prior to Saturday’s (April 13) 2019 Toyota Owners 400 at Richmond Raceway. One of them was hometown driver Denny Hamlin. But the native Virginian was able to overcome the odds on a night passing seemed near impossible, steadily rising up to fifth by the checkered flag.

Hamlin, who posted the 18th-fastest qualifying lap on Friday (April 12), was mired back in 30th for the start. He remained in the 20s for the entirety of stage one, finishing 20th.

In stage two, Hamlin methodically moved forward, though never cracking the top 10. At the halfway point, the No. 11 car sat 14th, but with a quick pit stop jumped inside the top 10.

Then, over the final 150-lap sprint to the finish, crew chief Chris Gabehart called Hamlin to pit road a few laps earlier than the majority of the field. The call allowed the No. 11 to jump ahead of the likes of Brad Keselowski, Kyle Busch and Austin Dillon.

He was just too far back to get any closer to the front. While the field caught lapped traffic, Hamlin was able to inch toward the leaders. But his fifth-place effort wound up several seconds behind the quartet battling for the race win.

“It was big,” Hamlin said of the pit call. “I could only gain two or three positions at a time for a run. It literally took us 400 laps to get to the top five, and we were really fast those last 20 laps, we were hauling. It was too little, too late.

“I caught guys I was faster than, I just couldn’t get around them. Overall, we did a great job. No mistakes and just took too long to get up front, but once we got up front, we were good.”

As many drivers said after the race, it was hard to pass. A lot of that comes down to the amount of downforce the cars have this season, specifically on short tracks. Kyle Busch mentioned after the race the cars need “more downforce.”

While Hamlin admitted he doesn’t know if the cars need more or less downforce, he agrees it was hard to pass.

“It was really hard,” Hamlin said of the lack of passing. “I would get caught behind guys that I knew I was faster than, but just couldn’t do anything about it. The track wasn’t wide enough, or you couldn’t run that extra distance up high to get around them.”

Meanwhile, Hamlin has a pair of checkered flags already this season (Daytona International Speedway and Texas Motor Speedway). Teammate Busch has a trio of wins while Martin Truex Jr. added to the Joe Gibbs Racing total this season at Richmond. Their winning percentage is an impressive 66.6% through nine races.

With Truex’s victory, and now three of the four JGR drivers visiting Victory Lane, Hamlin believes the company is hitting on all cylinders.

“We’ve really got a good thing going on right now, all of our cars seem to have a chance to win on any given week,” he said. “It just shows when one of our cars is off or has a mistake, there’s another one there to kind of pick up the pieces for us and Martin did that for us today.”

The Monster Energy NASCAR Cup Series now heads to Talladega Superspeedway (April 28), where Hamlin has a victory in 2014. In the past handful of races at the track, he has five top-15 finishes.

Looks like having a tire penalty during an event is worse than a penalty for failing inspection. Makes sense to me.