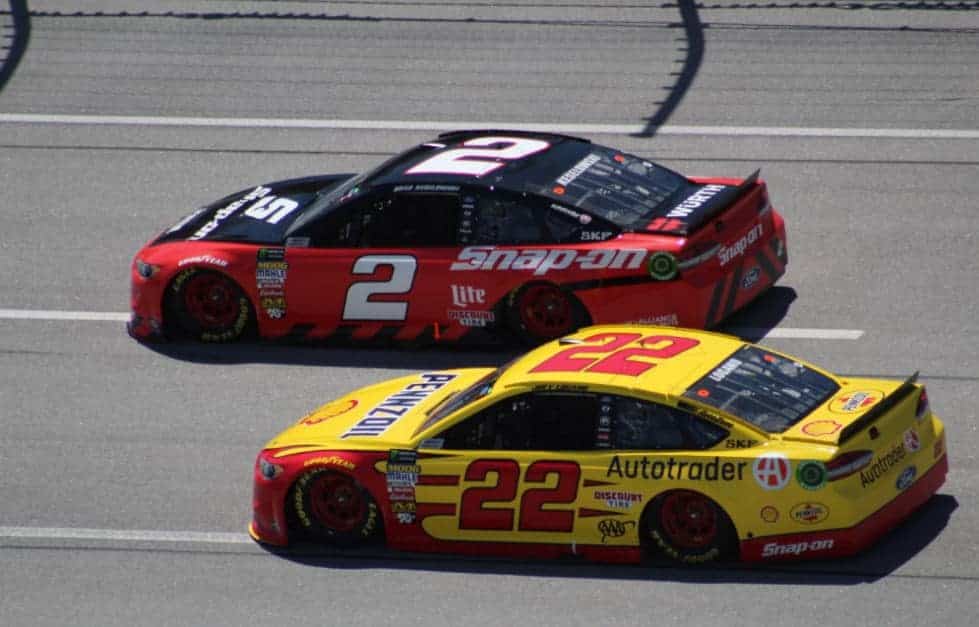 Easter has become a NASCAR tradition. Or, should we say, a NASCAR vacation. It’s the only weekend from February through November none of the sport’s top three series show up and race.

As you’d expect, no racing led to a quiet news week. But business is about to pick up with the sport’s return to its largest oval: Talladega Superspeedway. And for the first time in over 30 years, the Monster Energy NASCAR Cup Series will be racing there without restrictor plates.

The new 2019 handling package provided NASCAR an opportunity to ditch the “temporary” solution for speed that’s been in place since 1988. Instead, a small tapered spacer combines with increased downforce in a new system that will hopefully keep speeds below the 200 mph threshold NASCAR seeks.

The chance to take a breather also brought the season into proper focus. Five of the top six spots in the standings are taken up by just two organizations: Team Penske and Joe Gibbs Racing. Those two teams have captured all nine MENCS races to date. Kyle Busch leads the way with a series-leading three victories and a 20-point edge atop the point standings. Reigning champion Joey Logano sits in second place but can’t match Busch’s average finish of 3.9.

A little further back, all four Stewart-Haas Racing Fords are currently in playoff position led by Kevin Harvick (fourth). They combine with JGR and Penske to hold 10 of the 16 postseason spots. An 11th, the Wood Brothers and Paul Menard, is a Penske-affiliated team.

Roush Fenway Racing’s Ryan Newman (Ford) rounds out the 16-driver playoff grid. But the treacherous Talladega high banks, complete with the Big One could change that scenario in a heartbeat. – Tom Bowles

While NASCAR’s Gander Outdoors Truck Series stays off for one more week, the Xfinity Series will be back up and running this Saturday at Talladega Superspeedway. It’s another Dash 4 Cash event which means Cole Custer, Austin Cindric, Justin Allgaier and Tyler Reddick will be battling for a $100,000 bonus. The highest-finishing driver of that quartet will get the extra cash at the end of this 300-miler.

Most importantly, Dash 4 Cash means no Cup drivers (we’re looking at you, Kyle Busch) will be coming in and spoiling the party. It’s a chance for the series to establish its own identity during a year in which NASCAR’s bump in TV ratings have failed to trickle down to NXS. In fact, last Friday night’s (April 12) Xfinity Series race earned just a 0.36 Nielsen rating and 543,000 viewers, easily the smallest audience for the series this season. It was just a tick ahead of the NTT IndyCar Series at Long Beach (0.28) and placed behind the NHRA on FOX (0.6).

It hasn’t helped the series has struggled to fill the field each week despite a 2019 reduction to 38 cars, some of which start and park. There also seems to be only 13-14 drivers in contention to earn 12 postseason spots. Custer, Christopher Bell and Michael Annett have already won to earn their playoff tickets while Brandon Jones already has a 32-point edge on Ross Chastain for the 12th and final spot. – Tom Bowles

On Friday (April 19), McLaren officially announced their intention to enter the IMSA WeatherTech SportsCar Championship starting at Mid-Ohio with their new McLaren 720S GT3.  Compass Racing will field a car for Paul Holton and Matt Plumb.

The news that the 720S GT3 will debut at Mid-Ohio with Holton and Plumb driving is nothing new.  In fact, Compass Racing announced it themselves back in December.  The team using the No. 76 isn’t new either.  They used the No. 76 on an Audi the last time they were in the series back in 2015.  However, there was something else wrapped up with that announcement.

McLaren is now an official automotive partner of IMSA in a multi-year deal.  To average fans, that doesn’t really sound like much, but it is quite important in IMSA.  In the past, IMSA’s races aired on FOX Sports networks on a time-buy basis.  Payments must be made to IMSA in order for that brand to be eligible to participate in the IMSA WeatherTech SportsCar Championship.  In most cases, the manufacturers themselves make the payment, but there have been situations in which designated people have paid on behalf of manufacturers.  Among other things, those payments went to FOX Sports to buy the airtime for the races.

Yes, and manufacturers who pay IMSA want something in return, and that would be a win now and then which is accomplished by the magic of BOP. Fake racing, absolutely.