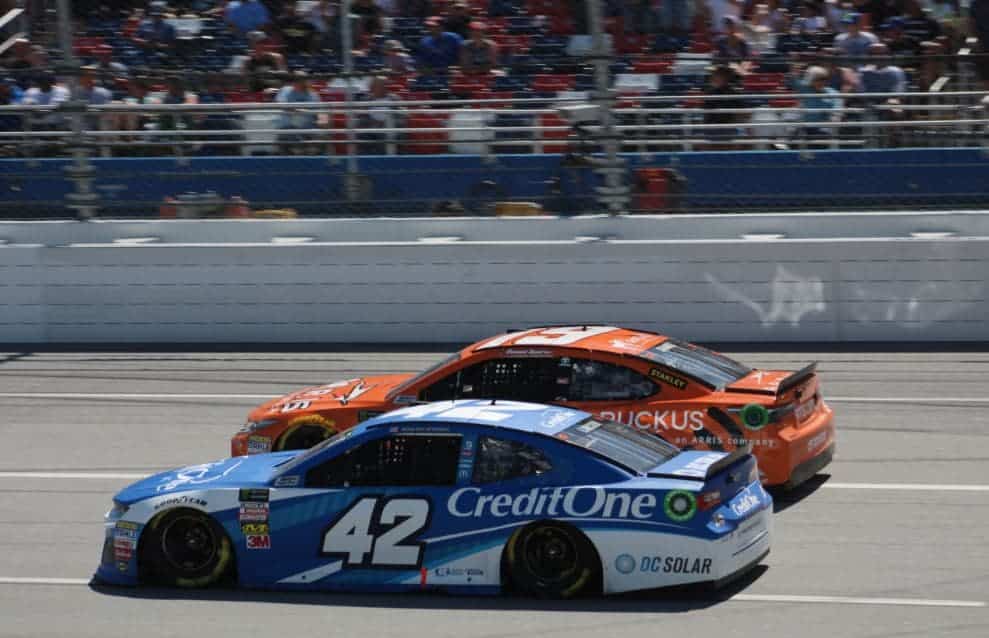 This will mark the first of the series’ two visits to Alabama in 2019.

NASCAR Xfinity Series driver Justin Haley will make his Cup debut in Spire Motorsports’ No. 77 Chevrolet, with backing from the Fraternal Order of Eagles. F.O.E. sponsored Haley in many of his Gander Outdoors Truck Series starts in 2018.

Jeffrey Earnhardt will be in a Cup car for the first time in 2019, driving for XCI Racing in their Cup Series debut. They previously fielded Earnhardt at Texas in this year’s Xfinity Series race.

Veteran Stanton Barrett makes just his second start since 2006, piloting the No. 52 for Rick Ware Racing. Barrett has had a second career in Hollywood as a stuntman. Cody Ware is back on track this weekend in RWR’s No. 51.

Brendan Gaughan and Beard Motorsports enter just their second race in 2019 after a 23rd-place run at Daytona, while Parker Kligerman makes his fifth 2019 start in Gaunt Brothers Racing’s No. 96.

Reed Sorenson will enter his fourth race of 2019 in Premium Motorsports’ No. 27.