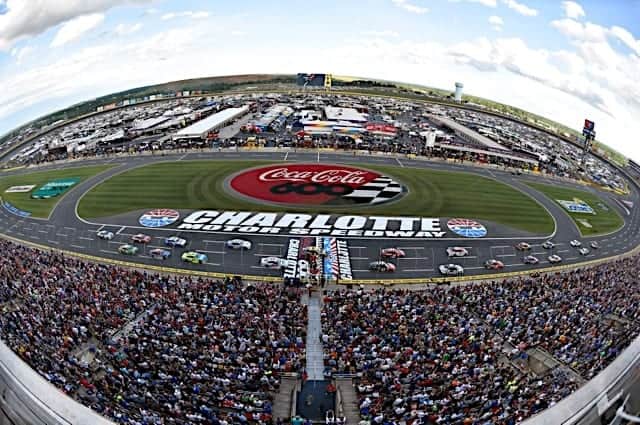 The Smith family, majority owners of Speedway Motorsports, Inc., could soon have total control over the company.

According to Bob Pockrass of FOX Sports, the Smith family has offered to buy out the remaining shares of the publicly-held company at $18 per share through their privately-held Sonic Financial Corporation. The Smiths own about 71 percent of the company at the moment.

The Smith family, through its privately held Sonic Financial Corporation, has offered to buy the non-Smith family shareholders of SMI at $18 a share. SMI has formed a committee to look at the deal. The most recent SEC filing say the Smiths own about 71% of the stock. @NASCARONFOX

In a letter addressed to the company’s Board of Directors and filed on the Security Exchange Commission website, SMI Executive Vice President Marcus Smith writes, “Our Proposal should not be construed as indicating an interest in participating in any alternative change of control transaction involving the Company. The Smith Group, in their capacities as shareholders, have no interest in selling control of TRK [SMI stock symbol].”

At the time that the letter was written, the $18 per share price represented a significant premium over the stock’s closing price. As of this writing, the stock is up $4.77 to $18.70 per share, more than the offer filed with the SEC and a 52-week high for the stock.

The SMI Board of Directors is currently evaluating the proposal.

Pockrass estimates that the deal would be worth between $210-220 million, which would be earned back through TV money by 2024.

This could potentially make Dover International Speedway the only Cup Series track on the schedule owned by a public company, as the majority of the tracks are owned by the France-controlled International Speedway Corporation, which could also be taken private. The Indianapolis Motor Speedway is owned by the IMS Corporation (a subsidiary of Hulman & Co.), and Pocono Raceway is owned by Mattco, Inc.

Could this be the beginning of what we have hoped the Smoth’s would do? Start another stock car series.?
We can only hope

Probably not start another one but purchase NASCAR outright. No board to answer to and no public posting of earnings quarterly
NASCAR explored selling and some reporter stated the worth to be $4-$8 billion. Only in their dreams. At best, the sport may garner $1 billion, and that is with the tracks included. I look for Smith, et. al., to end up with NASCAR and that is a good thing.

This appears to parallel the move to take ISC private. This would allow both companies to move race dates to tracks not owned by them and avoid shareholder backlash. These moves appear to be key cogs in getting new tracks on the schedule for 2021. For example, SMI could move the Bristol spring race to Nashville and not worry about Wall St. complaining about losing TV money or having to share it with the other track.

I hope you are right. When I read this this morning, I didn’t know what to make of it. Both arms of NASCAR track ownership (SMI and ISC) trying to buy out shareholders and take their interests private. I suspected something more sinister so, like I said, I hope you are right. What you said makes a lot of sense.