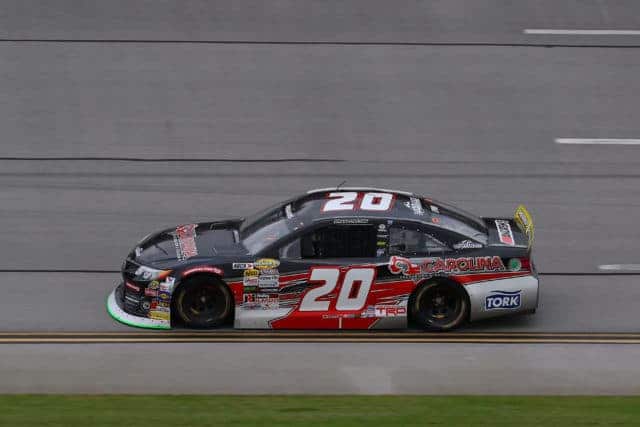 Lynn, who went out in the second of five groups to qualify, benefited from running in a highly organized pack of four cars that included former ARCA Talladega winner Gus Dean and Andy Seuss, who nearly won the race in 2017. Seuss and Dean qualified third and fourth, respectively.

There were no on-track incidents to report, though the group dynamics caused several dust-ups over the team radios. Thad Moffitt‘s crew was visibly upset on pit road as miscommunication between the No. 46 and CJ McLaughlin in the No. 09 saw the two cars racing side-by-side coming to the green of their qualifying session (the results showed, as all cars in the third group qualified outside the top 10).

There was also drama in the final group as the cars prepared to leave pit road to start their runs, with Natalie Decker‘s No. 54 crew upset with Con Nicolopoulos‘ team refusing to yield a spot as they left pit road. Decker would prove fast enough to pass the No. 06 on pit road exit. Decker, however, was included in the weakest group of the session and posted the 20th fastest time.

Ford Racing prospect Ty Majeski will start on the front row with Lynn in his first ARCA start since the 2017 series finale at Kansas. All 26 cars entered posted a time during qualifying.