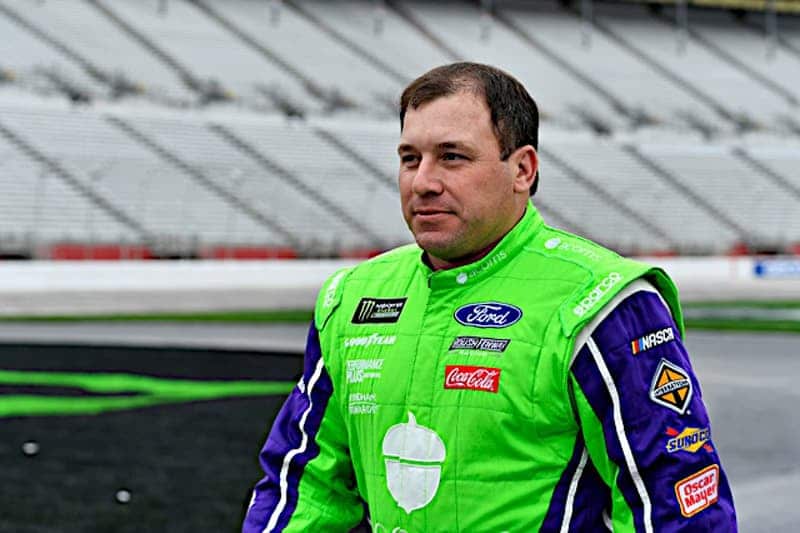 The much-anticipated first practice session at Talladega Superspeedway Friday displayed faster speeds, increased throttle response and twitchy race cars, just as expected. The first superspeedway race of the post-restrictor plate era, Kurt Busch paced the field in first practice, one of 21 cars to break 200 mph. Though the practice was incident free, the cars were visibly twitchy throughout the drafting packs that dotted the first session, with Paul Menard coming closest to losing his machine.

With speeds routinely exceeding 200mph in the draft, NASCAR, in between the first and final practices, installed a one-inch “wicker” on the Cup cars in an attempt to reduce engine RPMs, and in turn lower closing speeds.

The wickers did lower the engine RPMs, but failed to reduce speeds, as “Rocketman” Ryan Newman was one of six drivers to break 204mph during the final qualifying session. In another incident-free practice, the manufacturers were all observed playing with their teammates in the draft.

The Chevrolet camp was audibly heard coordinating runs over the radios, while Penske teammates Joey Logano and Brad Keselowski were seen drafting close early in the session.

“It drives more like a truck” said Logano after the final practice ended.

The defending Talladega spring race winner noted that with this new package, the runs are faster and harder to block, suggesting that while speeds are higher than expected, that progress appears to have been made in allowing cars to make passes without stalling out. Busch echoed those sentiments over the team radio.

Though the No. 1 team faded to 15th on the speed charts in the final session after leading the early practice, the team attributed that less to an issue with speed and more with learning to time runs with the increased throttle response under the new aero package.

Perhaps the best summary of the afternoon heard in practice came from Richard Childress Racing rookie Daniel Hemric, who called it “unbelievable” how quickly the air changes in the draft. Hemric described the pack as turbulent, with the air changing depending on each individual car’s place in the draft.

Expect that turbulence to continue through tomorrow’s qualifying session, as with speeds again exceeding 200mph, NASCAR may opt to make additional changes to the race cars in advance of Sunday’s 50o-miler. As this is an impound race, any changes to the cars would have to be made without additional practice time for the Cup teams.

Tyler Reddick took laps in Brendan Gaughan‘s No. 62 Chevrolet during the final 20 minutes of practice, as Gaughan will miss qualifying on Saturday to attend his son’s first communion. Gaughan will return to start Sunday’s race.

Cars over 200 mph, will NASCAR get scared and pull out the restrictor plates between now and Sunday?

That wouldn’t surprise me one bit.

At least it didn’t look like tandem racing was back so that’s a good thing.