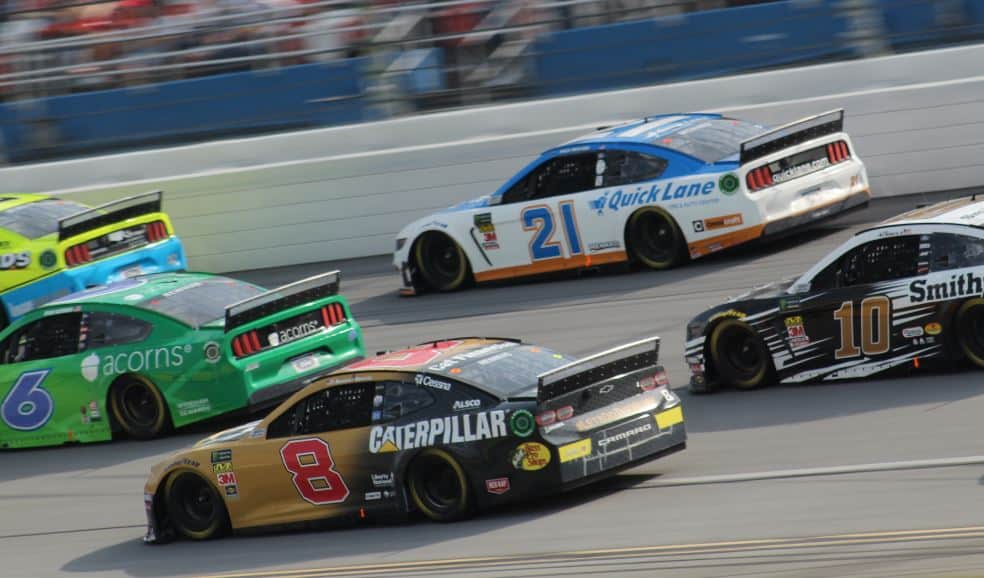 Running a Richard Childress Racing Chevrolet, Sunday at Talladega Superspeedway was a day that Daniel Hemric was glad he was driving a Bow Tie.

With the Chevrolet train fully in place through most of the Geico 500, the finish of the 188-lapper saw the manufacturer and its teams ride the low line to victory despite challenges from the rear.

For Hemric, a spot on the low line opened the door for a career-high day, placing his No. 8 RCR Chevy in the fifth spot after a wild accident ended the race a half-lap short.

“That was a day that this entire No. 8 team needed,” Hemric said.

Indeed, after a potential top five was ripped away with a flat tire in the second round of the year at Atlanta, Hemric has failed to finish in the top 10, scoring only two top 20s since.

Now, with the luck matching the teamwork, Hemric was more than pleased.

“First off, it’s great to see Chevrolet and their drivers and teams put in the effort to communicate the last few weeks to stay dedicated to each other,” he said. “We never had such unity on the track like we had today. That’s what ultimately led us to having our best finish as a group.”

What also helped Hemric throughout the day was the ability to make passes. With the Talladega weekend debuting the new aero rules for superspeedways, Hemric was challenged, yet happy, with the new competitive look for pack racing.

“I felt when you wanted to go, you could go,” he said. “The Chevy guys just tried to stay in line to maximize the speed but when other cars got runs, they could make moves. Our objectives were not to make moves but to stay dedicated to each other.

“For what the package was, I thought the race was good.”