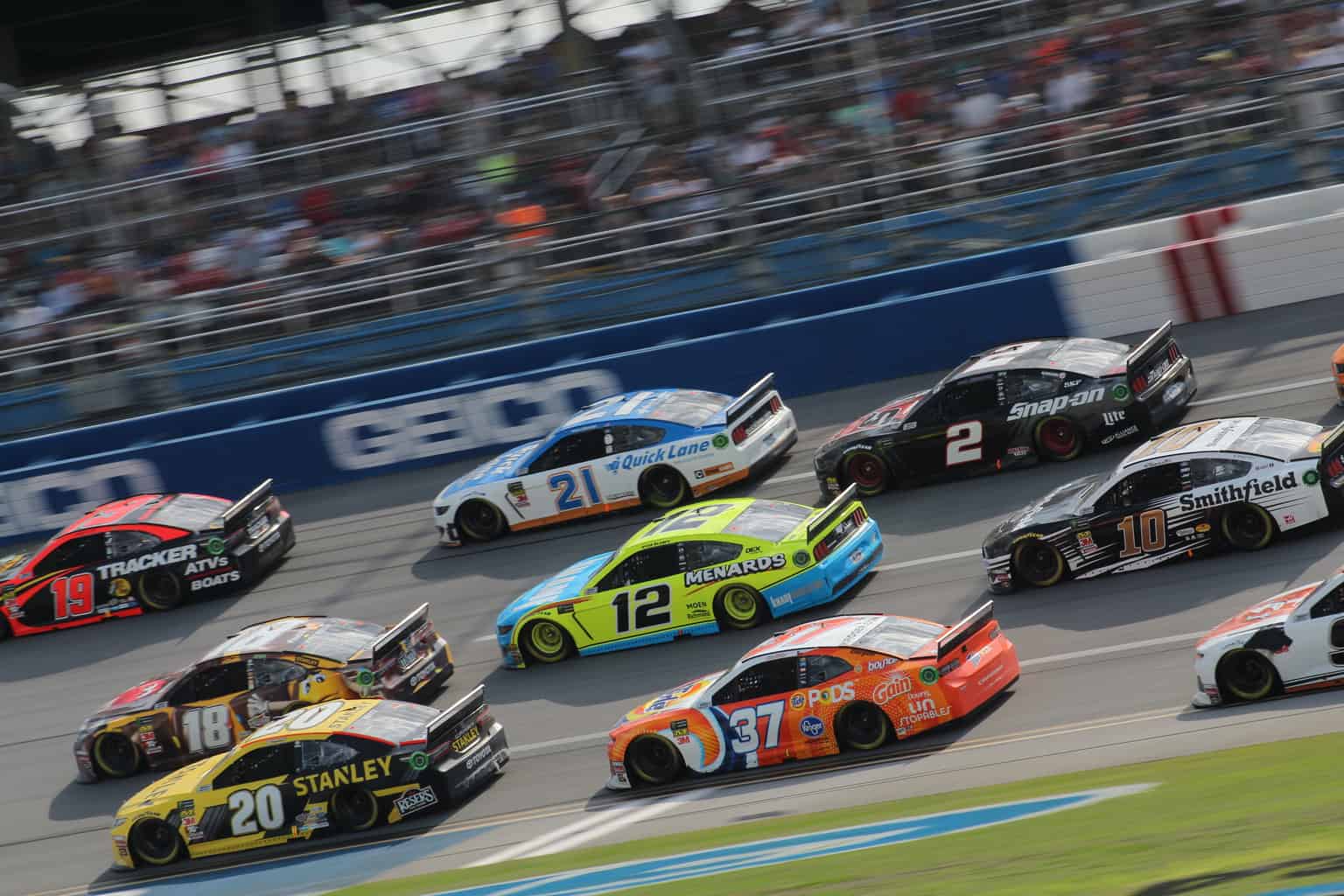 Chevrolet teams make up about half the field most weeks in the Monster Energy NASCAR Cup Series, but judging by the results so far this season, it’s understandable to think they were in the half of existence that were vaporized when Thanos snapped his fingers.

But just like in Avengers: Endgame, time travel was involved on the journey back toward redemption, and that played out as well during Sunday’s Geico 500 at Talladega Superspeedway.

Chevy drivers led 74 of the 183 laps, took four of the top five positions, and six of the top 10 cars were Camaros.

But like the time heist, success in the form of the Chase Elliott victory didn’t come without a cost…

This is the near-weekly reminder that Kyle Busch is very good at driving racecars. With his 10th-place finish at Talladega, he matched his season-worst result for 2019. He has three Cup wins and an average finish of 4.5. In four Xfinity races he has three victories and a runner-up, and he’s triumphed in all four Truck Series races he’s run. Maybe he’s Tony Stark.

Kyle Larson ran into serious adversity for at least the third Talladega race in a row, as he barrel-rolled down the backstretch to close out the race after crashing out last spring and overcoming several tire failures in the fall.

Larson hasn’t finished better than 18th in the past five races, and Sunday was the third crash in the past four for the No. 42. His average finish is 18.6 and he’s plummeted to 21st in the standings.

Larson’s Chip Ganassi Racing teammate Kurt Busch kept up his hot streak, piloting the No. 1 to a sixth-place result, his seventh in 10 races this year. Busch’s average finish is 8.6, and he’s virtually a playoff lock based on points. Busch now has six top 10s at Talladega in the past eight races. If his brother is Iron Man, then Kurt might be Thor – another original Avenger who’s been around a long time, known for great quips and kicking butt.

William Byron has been involved in a crash in every Talladega race he’s run since the 2016 Gander Outdoors Truck Series event there. (That’s been one Xfinity race and three Cup races, by the way.)

Ty Dillon has put the Germain Racing No. 13 into the top 20 five times this season, and just missed it in 21st on two more occasions. Also, he’s captured two stage wins, including this Sunday, where he finished a solid 17th. Things are looking up for this team. Maybe Ty is Ant-Man in this analogy.

Front Row Motorsports has one of their two victories at Talladega, but any chance of repeating that magic was long out the window with the most recent visit there. Matt Tifft and Michael McDowell both were taken out in an early wreck, and then David Ragan was wiped out on the last lap.

For the season, they’ve officially been scored with seven collective DNFs, but that number doesn’t come close to categorizing how much bad luck they’ve had to start 2019 off. Still, at least performance is consistent across the organization – Ragan is 27th in the standings, McDowell is 30th and Tifft 31st.

The good news was that Chris Buescher got some TV airtime. The bad news was that it came after the car was destroyed because of another violent crash. The better news is that the No. 37 Camaro looked really fresh and clean this week, in the orange, royal blue and white colors of Tide Pods.

Not ideal, but pretty wild and impressive pit stop by @keselowski and the #2Crew earlier. pic.twitter.com/REttpRbLzD

Pretty sure this isn’t how pit stops are supposed to work. But this level of stylish improvisation sure looked impressive. And based on those moves, this car was likely piloted by Star-Lord or Rocket Raccoon.

Both drivers climbed out of their cars under their own power. #NASCAR pic.twitter.com/ucrjtV7PH5

The violence of this wreck is horrible, but what an amazing picture.

P11. I drove the bus home last night so I couldn’t fire off a tweet. Kept it clean all day then got busy and grabbed some spots at the end. Great result for our team. #stackingpennies pic.twitter.com/Wnv5e3WthL

Corey LaJoie had a quiet race but a solid result, just missing out on a top 10. It was a good day for Go Fas Racing.

The Gander Outdoors Truck Series gets back into action on Friday evening on Fox Sports 1 with the JEGS 200 on Friday, May 3 at 5 p.m. ET on Fox Sports 1. Look for Johnny Sauter to continue his strong start to the season.

The Allied Steel Buildings 200 will be Saturday, May 4, at 1:30 p.m. ET on Fox Sports 1. Christopher Bell will dominate.

On Sunday, Stewart-Haas Racing will get into the win column for 2019 as one of their quartet will lock himself into the playoffs.

….As predictable as the sun rising. SMH.

It does get repetitive. But this is the trends column, and if essentially the same things happen every week…