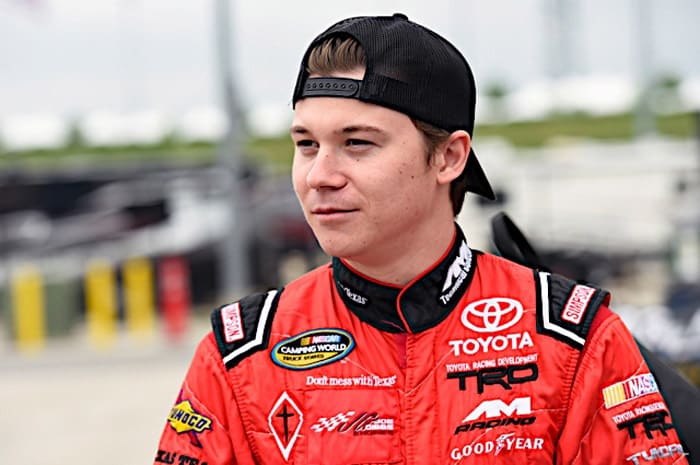 NASCAR Gander Outdoors Truck Series driver Austin Wayne Self has been reinstated from his suspension.

Earlier this month, NASCAR revealed Self had been suspended indefinitely for violating the sanctioning body’s Substance Abuse Penalty policy.

“It has been incredibly disheartening since learning the results from the random drug test taken earlier this season at Daytona, through our sanctioning body, and for the news announced today,” Self said in an apology posted to his Twitter account April 2. “I will work closely with NASCAR through this process to learn more about what has happened and to ensure that I am able to return to competition as quickly as possible.”

Self has since completed NASCAR’s Road to Recovery program and has been reinstated for competition. He will pilot AM Racing’s No. 22 Truck Series entry in Friday afternoon’s race at Dover International Speedway.

Hey guys – Thank you all so much for your continued support, encouragement, and prayers through this difficult season of my life.

Truly am looking forward to being back at home in the truck this weekend alongside my crew working hard to secure a great finish. ??

Self has 66 career starts in the Truck Series, including a career-best runner-up finish in the season opener at Daytona International Speedway in 2017.

NASCAR is being ruled to death! Every race someone changes a rule. The cars are cookie cutter and all the templates you impose on takes away from the real racing. Let them draw for a start and drop the stages. Races are not good enough to get the people to stay tuned for all afternoon. A race should not take all day to run.