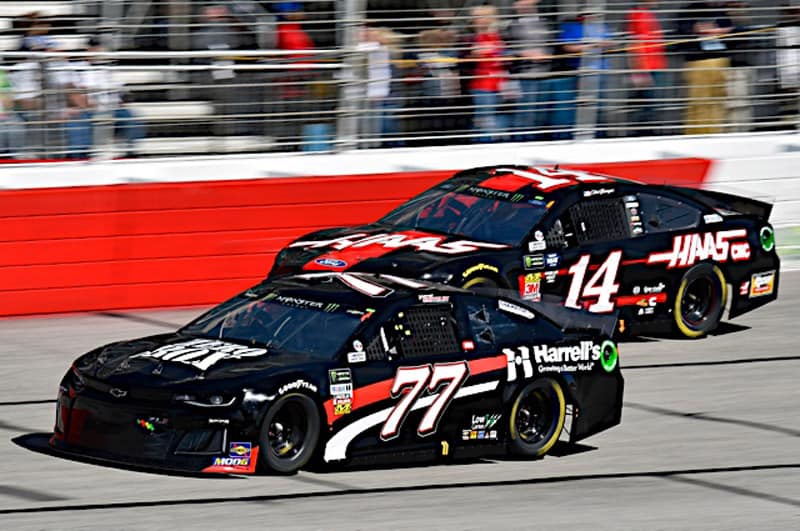 Garrett Smithley‘s schedule will be a little busier, as he has added three more Monster Energy NASCAR Cup Series events to his schedule.

Victory Lane Quick Oil Change announced Wednesday (May 1) that they will sponsor Smithley’s No. 77 Spire Motorsports Chevrolet Camaro ZL1 for three Monster Energy NASCAR Cup Series races this season. They will consist of both races at Michigan International Speedway and the AAA Texas 500 at Texas Motor Speedway on Nov. 3.

“I’m looking forward to having Victory Lane Quick Oil Change on both my Cup and XFINITY cars this season,” Smithley said in a press release. “Justin [Cialella, Victory Lane CEO] and Jim [Herrington, vice president of franchise operations] helped me achieve a lifelong goal last June when they sponsored my Monster Energy NASCAR Cup Series debut at Michigan. I will be forever grateful for their investment in not only me, but our sport.”

Smithley has driven the No. 77 in three races so far this season, with a best finish for the first-year team of 32nd at Texas.

Victory Lane backed Smithley in three races in 2018, two in StarCom Racing’s No. 99 and one in Jay Robinson Racing’s No. 7. Smithley’s best finish in those races was 32nd at Michigan in August.

Additionally, Victory Lane will sponsor Smithley’s full-time Xfinity Series ride, the No. 0 Chevy for JD Motorsports, in three races. Those events will be the Alsco 300 at Kentucky Speedway on July 13, the Drive for the Cure 200 presented by Blue Cross Blue Shield of North Carolina at the Charlotte Motor Speedway ROVAL on Sep. 28, and the currently unnamed race at ISM Raceway on Nov. 9.

In addition to Victory Lane, Smithley’s cars will carry the logos of Kendall Oil, Bucks Oil and Solid Start/True Blend. Kendall Oil previously served as the primary sponsor of the No. 40 Pontiac fielded by SabCO Racing (now Chip Ganassi Racing) in Cup from 1994-1995.  This car was driven by seven different drivers over the two seasons.

Smithley is currently 16th in the Xfinity standings with 149 points and a season-best finish of 12th at Talladega Superspeedway.