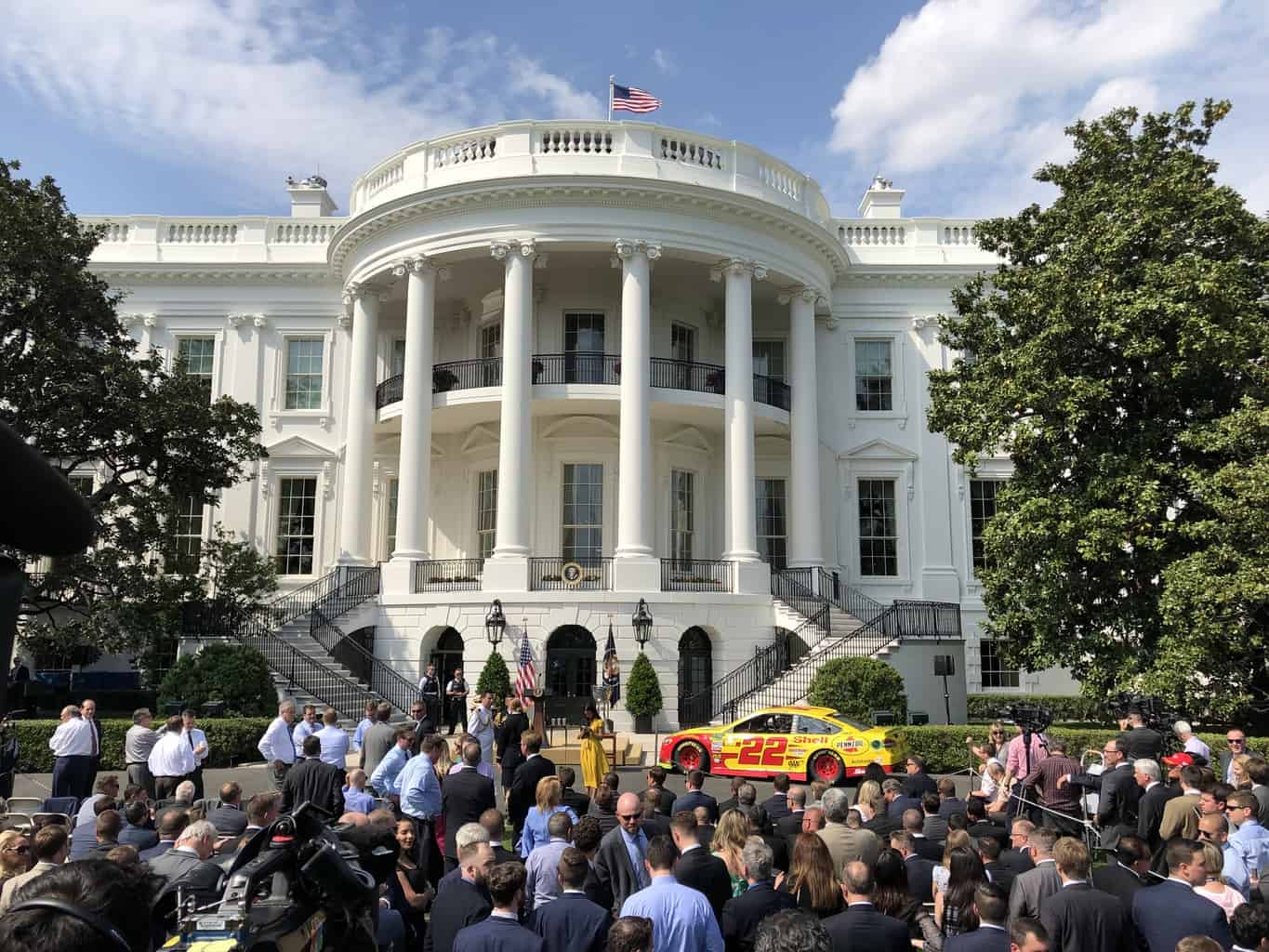 2018 Monster Energy NASCAR Cup Series champion Joey Logano paid a visit to the nation’s capitol on Tuesday, as President Donald Trump honored Logano and the No. 22 Team Penske organization at The White House.

2018 Cup series champion @joeylogano and the No. 22 @Team_Penske organization are being honored by the @POTUS today on the South Lawn. ? #NASCAR pic.twitter.com/W76yP9w60k

“I had a great time,” Logano said. “It’s amazing to see your race car sitting in front of the White House. “The tours we went through today, it’s been an incredible experience to learn about our country, what makes it tick, some of our leaders. It’s been eye-opening for me. Very grateful for the opportunity.

“Not everybody gets the opportunity to be standing where we’re standing right now,” he continued. “To be able to walk through Lincoln’s bedroom a minute ago led by our President through there, I don’t think that happens very often.”

What a fun day in Washington, D.C. where @joeylogano, Roger Penske and the No. 22 team were honored at the @WhiteHouse for the 2018 @NASCAR Championship. ?? pic.twitter.com/uxyMKtjSvb

Logano has met President Trump once before at an Xfinity banquet at one of his resorts. But reconnecting on a more personal level was naturally a thrill for the Middletown, Connecticut native.

“He’s a normal guy,” he said. “Obviously he’s got such a big job and there are so many eyes on him. But you can talk to him like he’s your friend, which I think is really neat.”

Logano and company will look to carry their good vibes into Dover International Speedway this weekend for the Gander RV 400, where he is searching for his second win of the season.

I saw this live. Trump is great. “Who wants to come and see the Lincoln bedroom? Come on, I’ll give you a tour…”. LOL. Looked like a lot of fun. Love visiting DC. Even though it truly is the SWAMP.

Maybe we should fix the system instead of criticizing those who are looking for a better life.

No matter what the fix there has be some limit, right? And once that limit is met it must be enforced, right?

I’m surprised the dummy can find the Lincoln bedroom, I really am. Might as well be a tour guide, keeps him from adding more lies to his total. Washington is much more than a swamp, it’s now become a cesspool.

Maybe we should let in a few more illegals to clean it up.

Better yet, give I Q tests to red hats. Low score and you get shipped to russia. Byeed

Got to admit, it’s pretty cool seeing a NASCAR car on the front lawn of the white house.

I guess Joey can’t afford his own McDonald’s hamburger

And now we know where you get your political news from

All of these sport champions/teams visit to the White House is OK, but it should be only a few weeks after they become Champion, not several months. It loses some luster on why they are there.
Bottom Line:
At least this President is looking out for the USA. Haven’t seen that since the eighties.