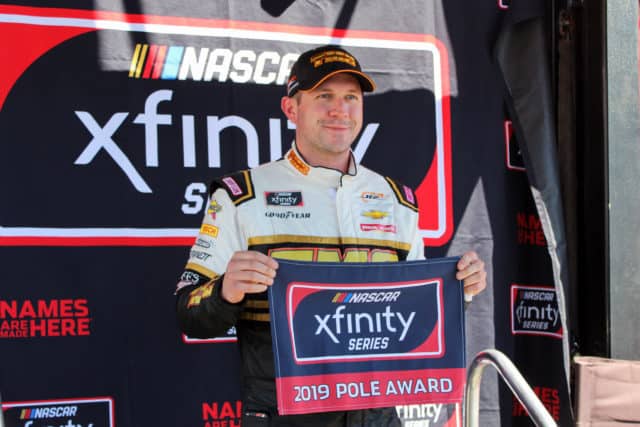 Following numerous mishaps during the 2019 season while trying to set the field, NASCAR is returning to single-car qualifying runs for all three national series for ovals.

The changes go into effect immediately this weekend at Dover International Speedway, where the Monster Energy NASCAR Cup Series, Xfinity Series and Gander Outdoors Truck Series are all competing beginning on Friday, May 3.

The multi-round qualifying format used since 2014 been scrapped as well.

“It was (a) unified (decision) between broadcasters, teams and NASCAR,” Scott Miller, NASCAR senior VP of competition, told NASCAR.com. “Every team has a good shot of getting covered during the qualifying session.”

This decision contradicts Miller’s previous assertion from March that NASCAR would not go back to single-car qualifying: ““Single-car qualifying is two things – it’s boring and it’s expensive,” he said then. “It also doesn’t create a good show. Anytime we go on the track it should be a show. Certainly, we are in, first and foremost, the racing business. But we’re also in show business. We definitely have to provide our fans with something that’s intriguing to watch and gets them excited about coming back and watching the race.”

The draw for qualifying order will be dependent on the previous race’s starting lineup.

Group qualifying was used at all tracks since 2014 after being tested at road courses in 2013, except for Daytona International Speedway and Talladega Superspeedway, being eliminated in 2015 after proving too dangerous.

Wow! Common sense prevailed. Who’d have thought?
This sentence is especially relevant… “Every team has a good shot of getting covered during the qualifying session.” I think if I was on one of the teams that rarely gets covered it’s an improvement. It is almost a guarantee that you will get 1 minute of TV time (although I realize some will still be missed due to commercials and they will most likely be third tier teams’ laps). Regardless, more teams will get their 1 minute of screen time than group qualifying affords them. It’s also nice to know that the BS and controversy will be gone. Qualifying shouldn’t be that convoluted. Everyone gets one lap with no one else on the track. What could be more fair. For the record, I’d be fine if they just drew random numbers to set the field but this rewards excellence so IMO it’s a logical way to set the field.

Maybe Brian is gone after all. This wouldn’t have happened on his “watch.” TV will still cover the chosen ones during qualifying.

I think they should do away with qualifying altogether and just set the field based on how they finished the last race. Would save teams some money too

Set the field on the order the entry forms came in.

Since you are going the way of silly, how about set the field base on best intro music? Or hottest WAG?

Now all we have to do is get rid of stage racing, and the chase. Then things will be perfect!

Not quite. Get rid of cookie cutters and bring back Roth Wilkesboro and Rockingham.

Mike, they couldn’t fill the seats at either of those places. Even old timers like me say they wouldn’t go back if those tracks reopened, so why bother? Loved the racing at Rockingham.

And the IROC bumper cars and the Reduced Performance engines. Jimmy Johnson needs all the help he can get.

Too bad we are stuck with the bull***t 2019 package. Watching qualifying with these cars should be about on par with watching paint dry.

On the plus side, they won’t have to deal with Aero push on the short tracks until they actually get into the race.

remember the days when people used to complain that they didn’t get to do their run when a cloud was over the sun?
Always a reason

Does anyone really give a rat’s tail what they do for qualifying anyway? They have a hard enough time just even putting butts in the seats and getting enough ratings on TV as it is! There is so much over saturation of the product anyway with all the daily shows and first and second practice broadcasts that this decision will barely make a blip on the screen. I watched it live compared to the old days of first day and second day qualifying and thought it was more entertaining. Oh well.