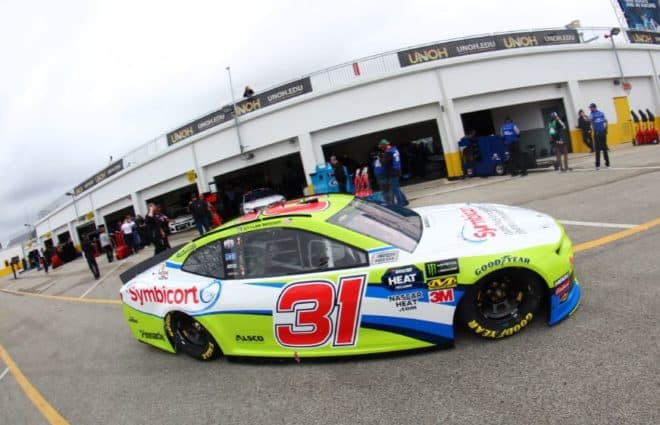 This news was revealed on NBC Sports Network’s NASCAR America.

“(Kansas) is a place I’ve had my fair share of bouncing off the wall,” Reddick said. “But it’s a really good race car. Hoping to try my luck with this new aero package, see if I can run it wide-open right against the fence and see how fast I can go.”

Reddick will again be piloting the No. 31 Chevrolet Camaro for RCR. He drove the car to a 27th-place finish after a late crash in the closing laps of February’s Daytona 500.

The reigning Xfinity Series champion will also have a big moment this weekend at Dover International Speedway. He’s one of four drivers running for the Dash 4 Cash $100,000 bonus.

Reddick has eight top-10 finishes in nine races this season. He was also the winner at Talladega Superspeedway this past weekend.

In two Xfinity Series races at Kansas, Reddick has a pole and two top-five finishes. He also ran 13th both times he visited the track in NASCAR’s Gander Outdoors Truck Series.

Wesley has been with Fronstretch since October 2017. He loves well-told stories in whatever format he finds them. Aside from NASCAR, he enjoys reading, country music and OKC Thunder basketball. He has a BA in Liberal Arts/English and currently lives in eastern Oklahoma, where he works as a freelance writer/editor.
@@CoburnWesley
Previous Garrett Smithley Adds Three Cup Races to Schedule
Next 2-Headed Monster: Does Richard Petty Need A New Driver Or Bubba Wallace A New Team?