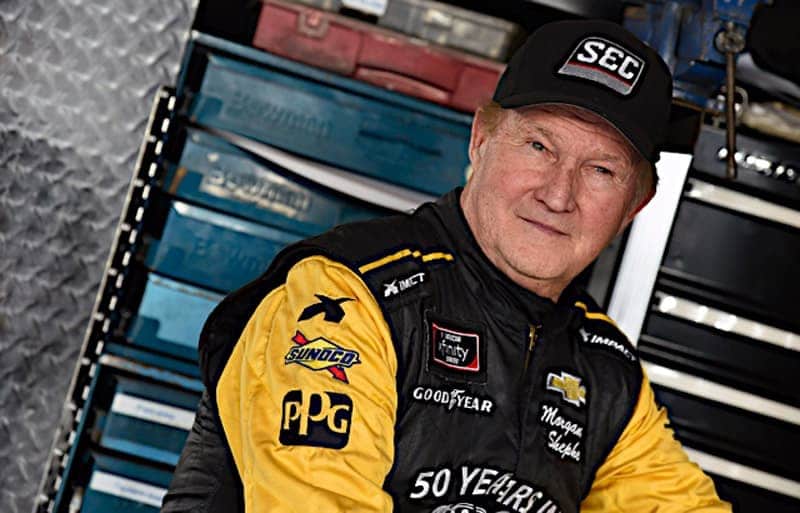 Serious question: has 2019 been anyone but Kyle Busch‘s year thus far?

Consider the evidence. In four NASCAR Gander Outdoors Truck Series starts, he has four wins. He has three wins and four top fives in the Xfinity Series, his only loss a runner-up run at Auto Club Speedway.

And then there’s his Monster Energy NASCAR Cup Series season, where after 10 starts entering Dover International Speedway this weekend, he leads the points with three wins, six top fives and 10 top 10s.

You can probably already see where this is going. He’s got 10 starts, and he’s finished in the top 10 in all of them. A pair of 10th-place runs at Texas Motor Speedway and Talladega Superspeedway are his worst results of 2019 in anything he’s driven.

Streaks are nothing short of a mainstay in statistical sportswriting, and Busch has quite the doozy right now (or doozies, counting his four straight Truck wins). To rattle off a consistent start to a racing season wherein each race results in at least one addition to one of the main stats columns (wins, top fives and top 10s) is the sign of a hot streak indeed.

But is it unheard of?

Well, no. But almost.

Since the start of NASCAR’s modern era in 1972, only four times has a driver scored at least 10 top 10s to open a Cup season, including Busch. Of the three that precede Busch, two stalled at 10, while one went all the way to 11 back in 1990. And he’s still racing today.

You’re gonna have to scroll to the bottom of this article to figure out who that is. In the meantime, here are the top 10 longest streaks of top 10s to start a Cup season in NASCAR’s modern era.

All eight of these drivers are tied for eighth, each having rattled off seven top 10s to start the year. My favorite is 2015, when Joey Logano, Kevin Harvick and Martin Truex Jr. were each on quite the hot streak, only to each mess things up in the season’s eighth race. And that event wasn’t even some carnage-inducing superspeedway; it was Bristol Motor Speedway, where Truex, the day’s best finisher, completed the race 29th, four laps down.

Of these, just one went on to win that season’s championship: Richard Petty in 1975.

Darrell Waltrip and Terry Labonte appear on this list for the second (and spoiler alert: final) time thanks to their eight-race runs in 1984 and 1992, respectively.

Neither Waltrip, Labonte nor Benny Parsons went on to win the championship those years.

Should Busch’s streak end this weekend at Dover, he’ll be in good company nonetheless: a tie for second with James Hylton and Cale Yarborough, who were also the first two drivers to break the seven-race top-10 mark, let alone 10.

Neither Hylton nor Yarborough were the champions in ’72 or ’74.

That’s right — Morgan Shepherd, he of the start-and-park No. 89 in the Xfinity Series for many years now, the 77-year-old still, against all odds, making it to the track most weeks, holds the record for which Busch is aiming.

Interestingly enough, after scoring 11 top 10s to start 1990, Shepherd stumbled a bit down the stretch, only adding five more the rest of the 29-race season. Though he still finished fifth in points, the best showing of his career, so it wasn’t all bad.

But that’s an important point to be had, one that’s been subtly made in the other callouts: no championship. Shepherd was a model of consistency at the beginning of the year and still couldn’t nab the title. Yarborough and Hylton couldn’t in the ’70s. Hell, of the many drivers listed here, only Petty, in ’75, went on to be the champion.

Could that change for Busch? Of course. For all we know, we could be witnessing a streak that extends well beyond Shepherd’s, a new mark for which one can strive.

But Busch could also be peaking too early. Because if history is any indication, his early-season strength could end up faltering down the line.

Interesting that so many who started off so good failed to secure the championship, especially in an era that would have rewarded that consistency.

But agin, this highlights an issue I have with the “playoff” system. (Insert your favorite driver here)___________ could win every single one of the first 35 races, and if he finishes second in the final race to one of the other “final four”, he’s not the champion.