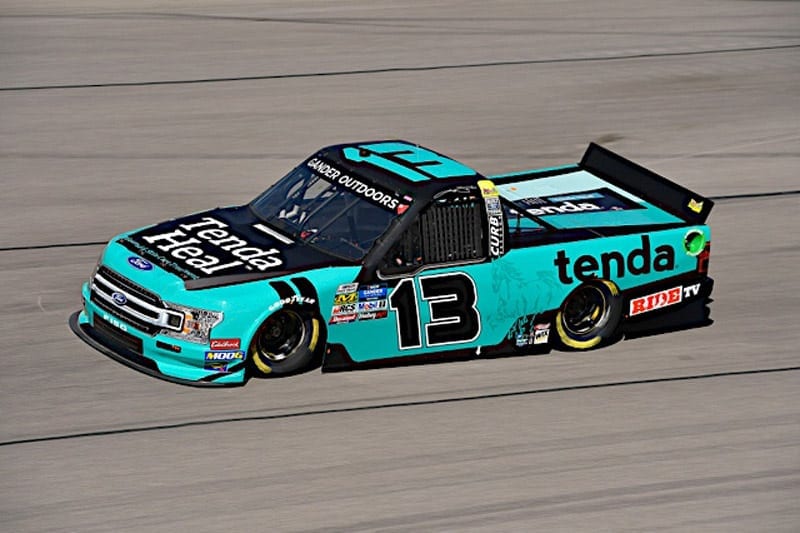 Leading the weekend’s first on-track activities, Lessard laid down the fastest lap of first practice in his Kyle Busch Motorsports-prepared No. 46 Toyota. The Canadian, who is prepped to make just his second career NGOTS start, slotted in at 155 mph.

Coming off suspension, Austin Wayne Self placed 19th out of 31 trucks. Norm Benning was the only driver entered who elected not to practice, while teammates Daniel Sasnett and Ryan Sieg failed to complete a lap, after only shaking down their trucks.

Practice was slowed after Spencer Boyd slammed the wall after suffering an apparent mechanical failure. Boyd’s Young’s Motorsports team will go to a backup truck for the remainder of the race weekend.

Spencer blew a RF tire exiting turn 4. Spencer has been checked & released from the infield care center. The guys are unloading the back up truck. PR pic.twitter.com/atWI3aO7PM

Harrison Burton and part-time competitor Jesse Little filled out the rest of the top five.

Over on the best 10-lap average board, rookie Sheldon Creed led the way with an average of 152.136 mph, followed closely by Burton, Matt Crafton and Gilliland.

Burton tallied the most completed laps in the session with 60, while Boyd was the only competitor not to participate during the session.