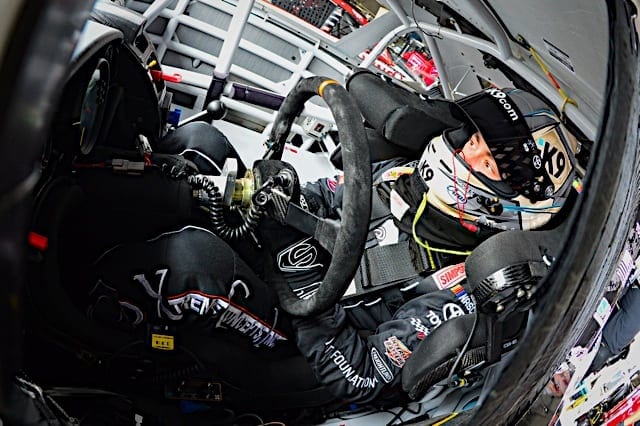 Brandon Jones was white hot to start the 2019 NASCAR Xfinity Series season. But since the end of March, not so much until a solid run in Saturday’s (May 4) Allied Steel Buildings 200 at Dover International Speedway stopped the bleeding.

Jones, 22, had a pair of top-five and four top-10 finishes through the opening five races of the season. The lone event he didn’t finish inside the top 10 was at Las Vegas Motor Speedway, where he was running in the top five before Cole Custer turned the No. 19 with what was scheduled to be two laps to go.

But since Auto Club Speedway, Jones hadn’t finished inside the top 10 until this race at Dover. At Texas Motor Speedway, Custer, again, got loose underneath the No. 19, sending Jones into the wall and a 33rd-place result. At Bristol Motor Speedway, Jones had to overcome late adversity to finish 14th. He blew an engine at Richmond Raceway, again placing 33rd. And at Talladega Superspeedway, he finished a ho-hum 18th.

“It was all out of our control, which is what was frustrating,” Jones said Saturday. “If it’s something I’m doing, I can fix it. When you’re having flats [tires] and motors blow up, that’s out of your control. We had to keep the morale up at the shop and keep the guys going, but I think it showed today and we’re going to get back to where we need to be.”

Indeed. At the Monster Mile, everything was back to normal for Jones. The No. 19 qualified eighth and at the end of the opening stage, he was still eighth, earning two stage points. At the conclusion of stage two, Jones remained there. As the checkered flag flew, Jones moved up to seventh, his first top-10 result since Auto Club.

“That was our goal,” he said of finishing in the top 10. “Obviously, you want to win the race when you come to the track, but just getting back in the top 10 where we need to be and hopefully nothing went wrong. There were a couple restarts that were pretty hairy and I thought there were chances of getting wrecked. But all in all, we came home with nothing on the racecar.”

Jones admitted that in a pair of Friday practice sessions, the No. 19 was off the pace. Jeff Meendering put a new setup into the car prior to qualifying, which helped the car’s handling.

The series has two consecutive off weeks before heading to Charlotte Motor Speedway. However, Jones will be running the Gander Outdoors Truck Series race with Kyle Busch Motorsports next weekend at Kansas Speedway. He has two starts at that track, finishing last year’s event in ninth.