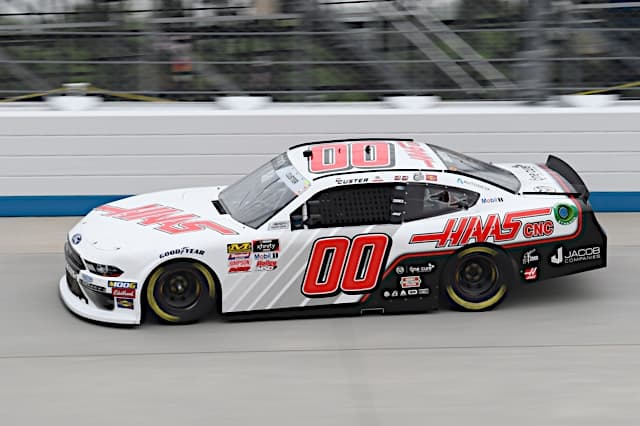 In Saturday’s (May 4) NASCAR Xfinity Series qualifying session at Dover International Speedway, Cole Custer won the pole, narrowly edging out four drivers. He then proved in the race the No. 00 Ford was the dominant car.

Custer just didn’t leave Dover International Speedway with the trophy to show for it.

The Stewart-Haas Racing driver ran away with the first stage, leading wire-to-wire. The second stage was filled with much of the same. The final stage also had him comfortably in front until Kaz Grala spun with 47 laps to go, bringing all the lead-lap cars to pit road.

That’s where Custer’s team made their lone slip-up of the afternoon. During pit stops, Christopher Bell nudged ahead of the No. 00 to take the lead. From there, dirty air led to Custer never recapturing first the rest of the race.

Ultimately, Custer led the opening 156 laps, but once the No. 00 lost clean air, it wasn’t the same.

“This is about the worst track we go to, to battle in traffic to pass,” Custer said after finishing fourth in the event. “Once you do get underneath somebody, they can just keep you pinned down and you can’t get by them.

“We gave up our track position on that pit stop and from there, we couldn’t get it back. Our car was so fast, that’s what it so frustrating about it. It feels like we didn’t take advantage, but it’s good that we’re so fast. We’ve got to figure out how to beat those guys.”

After Custer lost the lead, he restarted underneath Bell, with the preferred line being the top. Tyler Reddick was able to get by the No. 00 before another caution came out. On the next restart, Custer fell all the way to sixth before rebounding to fourth at the checkers behind Bell, Justin Allgaier and Reddick.

“The bottom sucks,” Custer added. “We got stuck on the bottom every time. One thing just adds up to another and the track position matters so much and you can’t get it back.”

As to whether the bottom lane is worse at Dover compared to most tracks, Custer mentioned, “it’s just a combination of everything.”

The long runs proved to be Custer’s bread and butter. He knew that once he lost track position the No. 00 was strong enough to gain a few positions back had nothing gone wrong. But a series of short runs at the finish further handicapped what was by far the fastest car on the racetrack.

At the end of the race, Custer earned a pair of playoff points due to the stage victories. By leading 156 laps, it increases his total to 383 laps led this season, six off his total for all of 2018.

Currently, Custer sits third in points, behind only Reddick and Bell. But that’s small consolation for what became a frustrating afternoon.

At least knowing the No. 00 is quick gives the California drive confidence.

“We have fast cars,” Custer said. “But when you come home fourth, its like ‘What happened?’”

The series has two off weeks before heading to Charlotte Motor Speedway (May 25). In four starts at the mile-and-a-half layout, Custer has never finished outside the top 10, including a runner-up result last year.