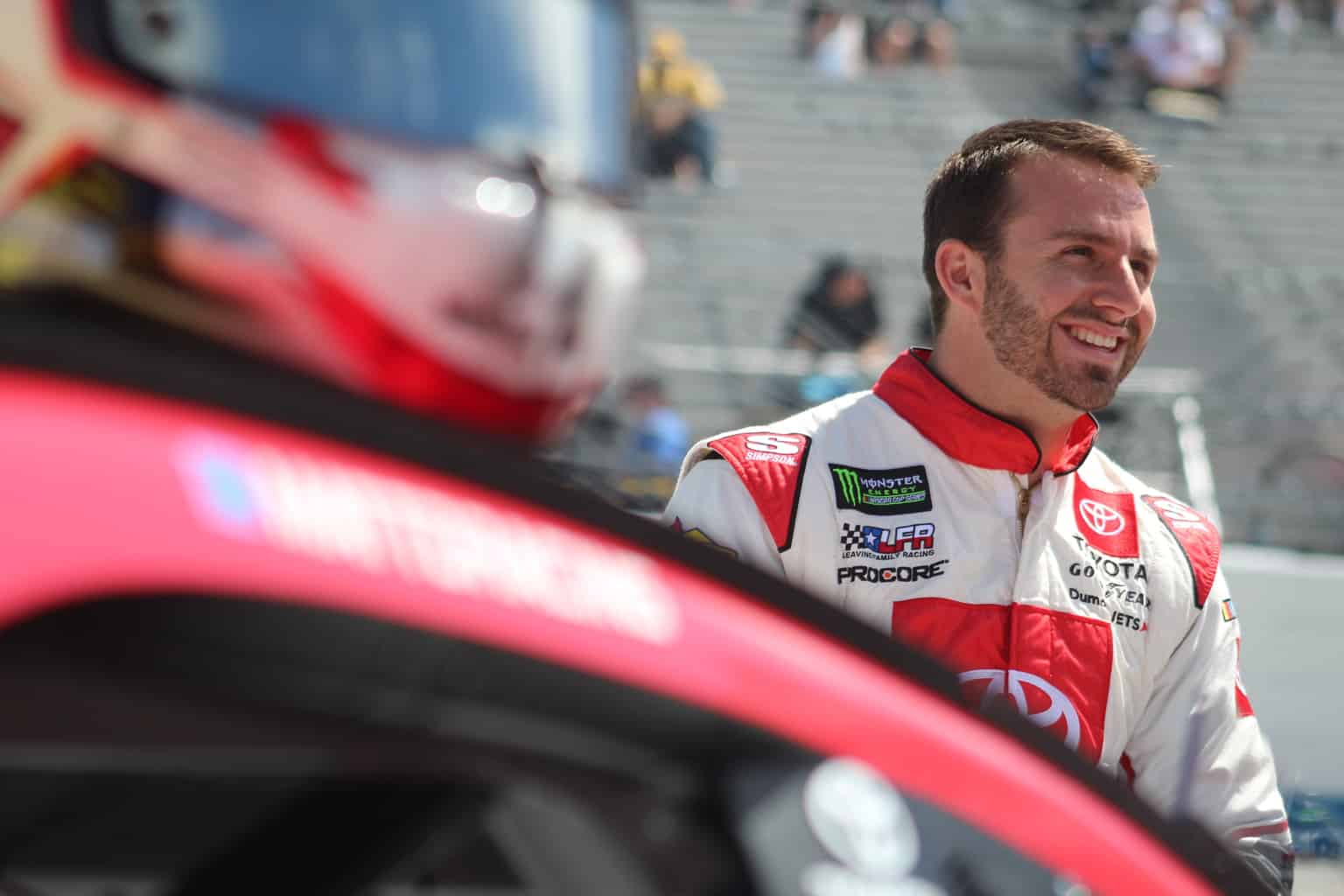 Rain kept the cars in the garage all day on Sunday, and Dover proved to be rather monstrous to our underdog contingent on Monday. In fact, the 20th-place finish notched by Matt DiBenedetto and Leavine Family Racing is the lowest “best in class” result of 2019 thus far.

Part of that can be attributed to the relatively low rate of attrition in Monday’s Gander RV 400. Only one driver (Denny Hamlin) from a top level organization ran into trouble, and he still finished 21st.

The No. 95 Toyota started in the 17th position and ended the first stage in that spot as well. The second and final stages both yielded 20th-place results, as DiBenedetto joined the majority of drivers in saying their cars were too tight to effectively pass on the one-mile concrete oval. He was able to bounce back, however, from a penalty on the opening pit stop for a crew member going over the wall too soon.

Michael McDowell managed to lead a lap during a cycle of green flag pit stops on his way to a 24th-place finish. Now, that’s not the level of performance that will usually get a driver featured here, but as I mentioned already, there just wasn’t much room for our dogs at Dover.

Ty Dillon finished 22nd in the race and Chris Buescher came in 23rd, just ahead of McDowell.

On Saturday (May 4), the Xfinity Series ran its 200-lap event, with Ryan Sieg once again carrying the banner for the underdogs in the series. Seig finished 11th on the day, the ninth time he has finished 12th or better in the 10 races thus far in 2019.

Other Xfinity competitors with solid showings were Ross Chastain, who finished 12th, and Brandon Brown, who came home 13th.

The Gander Outdoors Truck Series had its turn on the high-banked concrete oval Friday afternoon. Derek Kraus earned owner Bill McAnally an eighth-place finish, his second in just three races with the team. More fascinating still is the fact that those three races are the only ones McAnally has fielded a truck for in the past 18 years.

Also worth noting in the Truck Series is underdog extraordinaire Chastain finished 10th, making him the only driver to finish in the top 10 in every race this year.

Spencer Boyd may not be on a top flight team, but he’s certainly gaining a reputation as a driver who can make the most of his equipment.

Like many drivers, the 23-year-old from Missouri began racing early, starting in the World Karting Association at age six. He amassed championships in both WKA and Legends before moving to the Super Truck division at Hickory Motor Speedway. After claiming that title in 2014, Boyd spent 2015 running late models, racking up four wins.

Boyd ran a full schedule in the Xfinity Series in 2018 for SS Greenlight Racing and longtime owner Bobby Dotter, posting a best finish of 17th in the July race at Daytona.

For 2019, Boyd moved to the Young’s Motorsports Truck Series team. In their first race together at Daytona, Boyd finished fourth, a career best for him. Almost as impressive was the 11th place he earned at Texas, where the fledgling team ran with the proverbial big dogs all race long. Look for more big things from Boyd and the No. 20 truck as the year continues.

MENCS teams have just been given the go ahead to start warming up their motors this morning. pic.twitter.com/8e7ikP0awE

What a recovery for our Anglin Construction car. We had to make a green flag stop for a vibration on lap 15. We went from 2 laps down in 34th to a lead lap finish of 11th. A huge thank you to the whole team for all their hard work. pic.twitter.com/9xh7YGzMcJ