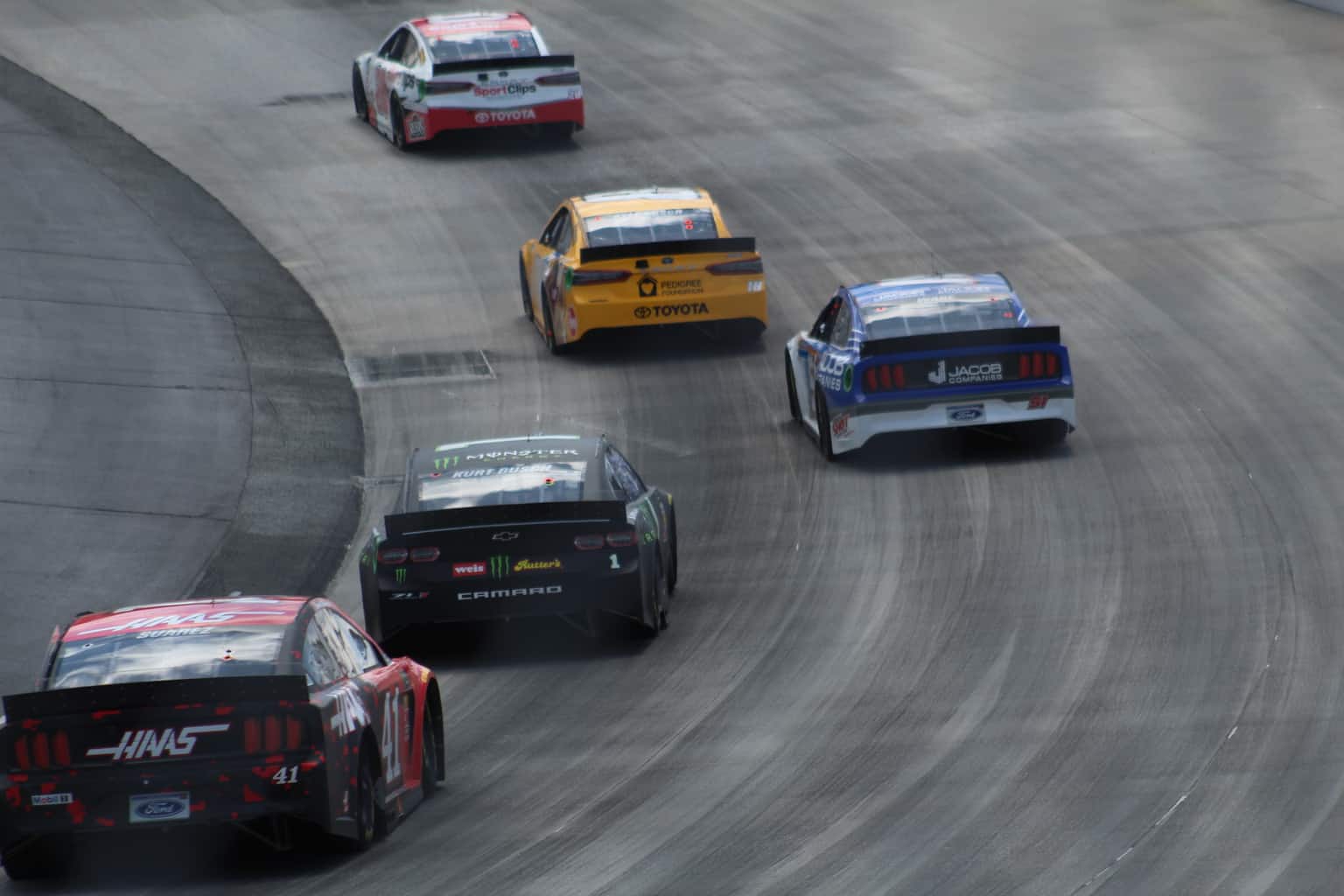 Martin Truex Jr.’s car seemed to come to him later on in the race, and he edged out Chase Elliott and Alex Bowman for the title of best car. Each held their own during a part of the event, while Truex’s No. 19 took control late. Erik Jones had a solid top-10 run all day, his fourth such effort of 2019.

It’s not so much the package as the cycling phases of the race. It was interesting to see which cars were the strongest at any given time. At the start, Elliott had the car to beat. He led early and was up front often, but faded toward the end of the race. Bowman’s car came to him a little later and stayed strong and consistent for the rest of the day.

However, it’s Truex that’s the main focus of this story. Truex started 13th and even fell outside the top 20 early on, but battled back as his car came alive. The 2017 champion sliced his way through the field, eventually taking the lead for the first time at the end of stage two and rarely relinquishing it afterward.

In particular, Bowman, Elliott and Kyle Larson stood out. Bowman finished in the runner-up position for the second straight race, while Elliott had one of the strongest cars of the day and followed up his win at Talladega with a fifth-place effort. Also, Larson finally had some good luck this year. He took home a third-place finish, his first top five of the season.

The end of stage two. Truex was already on his way to the front, having fought through the field, and was up to second. Bowman sent his No. 88 wide into turn 1, allowing Truex to drive up alongside him and then edge him at the line for the stage win, his first of 2019.

The No. 19 led more than 125 laps from there on out, effectively dominating the rest of the way en route to a victory. He was out front for the final 53 circuits, and that stage win likely provided him with the momentum he needed.

The downforce package continues to mystify and perturb the drivers. Kyle Busch had some not-so-nice words for the setup after the race, and, as tweeted by Lee Spencer, Joey Logano said that “it’s a pain in the ass out here to try and do anything.” Some of the drivers continue to be frustrated by the aero setups, but it seems to affect different individuals at different tracks.

Kevin Harvick was annoyed as well, and he was probably the best case of this frustration. Busch was able to battle back inside the top 10, but Harvick was stuck around the top five all day, unable to move forward and not really falling back either.

SEGAL: HARVICK & BUSCH SOUND OFF ABOUT THE CURRENT PACKAGE

It’s a story that’ll continue throughout the season.

How… different was this than previous Dover races?

It didn’t seem much different than many of the previous spring races at the Monster Mile, and it was of course tamer than the fall playoff races there. We didn’t see Miles the Monster strike Sunday, with only Ricky Stenhouse Jr. and Quin Houff running into wall-related issues, while Denny Hamlin spun late.

Overall, it doesn’t seem like the package changed the landscape of the race, except for passing. We’ll have to see what it’s like at Kansas and beyond.

As far as passing goes it would seem that both the 19 and 88 teams had less of an issue passing cars than others since they started from the rear and ended up 1st and 2nd. Strategy may have played a role but one still has to pass a bunch of other good cars to win in this fashion.