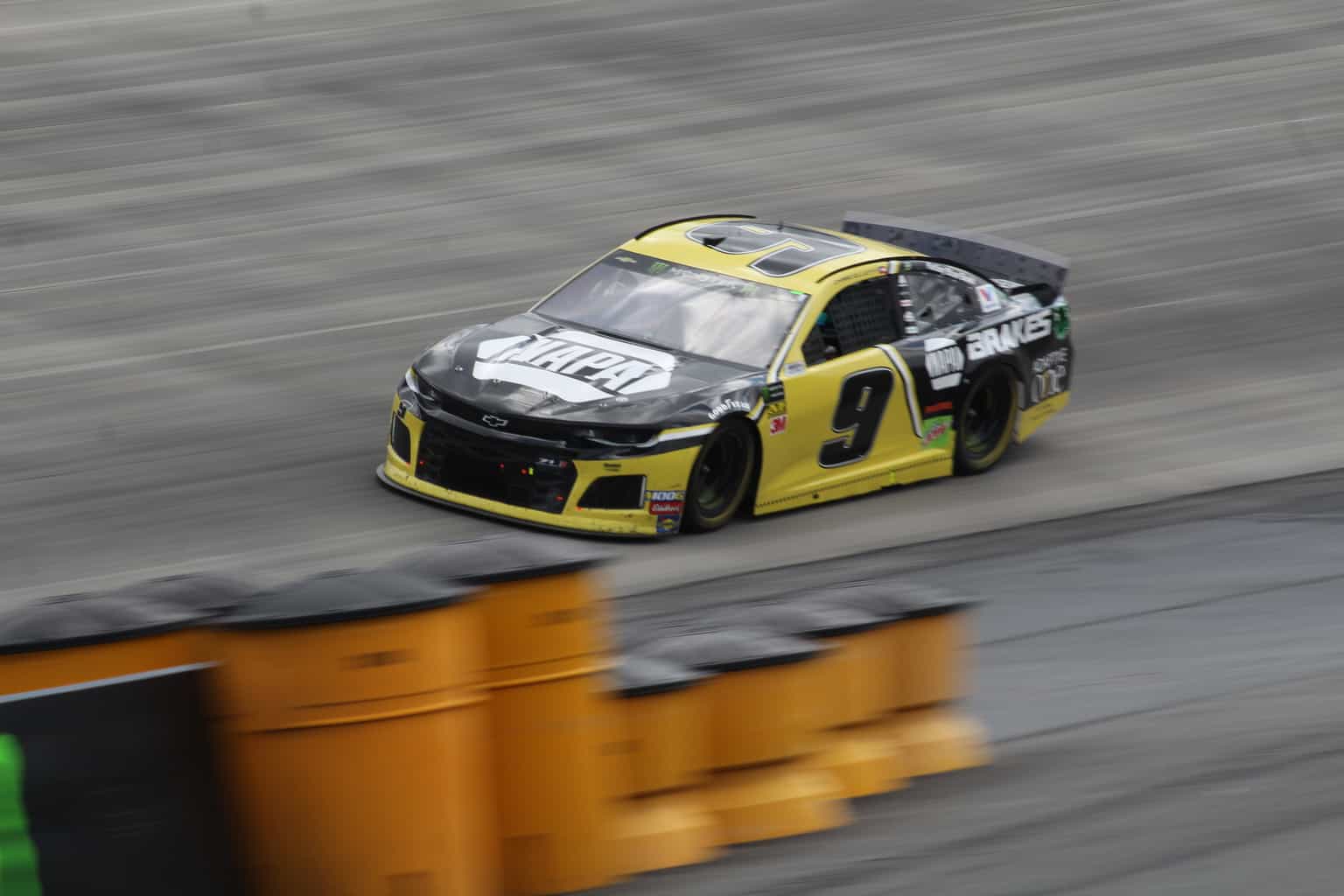 2019 has not been the easiest year for Hendrick Motorsports. After finding success with Chase Elliott’s win at Talladega Superspeedway a couple of weeks ago, they backed it up as a team with strong runs at Dover International Speedway across the board. This was easily the team’s best performance with all four cars all season long.

Have they finally turned the corner or were these two weeks just a fluke? Will we see the rest of their drivers make it to victory lane soon?

The new package, although unpopular among many, will be used throughout the next several races up until next month. There are a variety of tracks coming up with Kansas, Charlotte, Pocono and Michigan utilizing the package. Those tracks, with the exception of Charlotte, have been newly paved in the last 10 years, a benefit of this package.

Which race will be the best? Will all of them entertain or is there a specific race that will be better than the rest?

Q: Do you think it is safe to say that Hendrick Motorsports has finally turned things around? Gregory S., Washington D.C.

A: Even though Chase Elliott and Alex Bowman finished one-two in Talladega, I was not convinced Hendrick was onto something. Superspeedways like Talladega are a completely different style of racing than the tracks that make up a majority of the schedule.

However, after all four cars showed top-10 speed at Dover, including a top-five run from both Elliott and Bowman, I believe they have figured something out.

We had all been waiting expectantly for the team to have a breakout race outside of a superspeedway. There was a point in the race last weekend where HMS had all four cars solidly inside the top 10. For a while, it looked like they were all going to finish there.

Unfortunately, Jimmie Johnson faded to 14th late in the race, but having three out of four in the top 10 is an excellent race.

Chevrolet had a strong race overall as well with Kyle Larson joining the two Hendrick drivers inside the top five. That was his best run of the season, and it looks like the driver of the No. 42 could start to get his year back on track as well.

As for Hendrick Motorsports, though, they are not done at all.

Bowman has been looking for his first career win for a long time now. Mike Joy from FOX pointed out after the race on Monday (May 6) that Bowman has finished in every position (2-43) in a Cup race except for first. If Hendrick keeps this up, Bowman may finally find Victory Lane.

Elliott has been the best HMS driver the last several years and he will almost certainly win more races this season, especially if the team as a whole keeps up this speed. William Byron had a solid eighth-place finish at Dover, and is quietly improving week-to-week, so expect him to keep moving up the running order along with his teammates.

Johnson has struggled to find the kind of results he is accustomed to, but as a seven-time champion, he will find them soon. They have the speed to run up front — it is just a matter of execution and a little bit of luck. His losing streak will come to an end this season, because you cannot keep a champion like him down for that long.

We are one race away from the All-Star break, which means the season is 1/3 over. While I’m not sure anyone would be surprised, Hendrick could start ripping off some very good races with all four of their drivers. Do not be surprised if one of them finds Victory Lane at Kansas, or in the next few races, either.

Q: Of the tracks on the schedule in the next month of racing, which one do you think will give us the best race with this new package in Cup? Harry N., Augusta, ME

A: This race takes place in a little more than a month, but I would go with Michigan. A lot of people are optimistic about Kansas this upcoming weekend, but based on what we already know about a package like this, Michigan seems like the ideal track for this package.

Go back to the Xfinity race last season. NASCAR tried a package very similar to what we have now and it was an amazing race with side-by-side, two-by-two racing all throughout the first half of the field. We should expect something like that when the Cup cars go there in the middle of June.

There are a few races, like Charlotte and Pocono, that I’m wondering how the new package will perform. Pocono will not have the aero ducts, which is different than Charlotte, so we will more than likely see two completely different styles of racing. Charlotte may give us a good race, but do not expect it to be like the All Star Race was last season. Cars have 100 more horsepower and a larger spoiler, which means more power and more downforce, but also more aero push. Drivers will more than likely not be running in a pack, but we could see an entertaining race.

This next stretch of the season is when we will see the 550 HP package for consecutive weeks. The next time we see 750 is at Sonoma at the end of June. With the majority of the races being with the new package, it will be important for teams to learn more about it as we get into the summer months in preparation for the playoffs.

Kansas has potential, Charlotte has some potential, but of all the races with the aero ducts, Michigan should give us the best race. Freshly paved tracks are what will win with this package, and Michigan is fairly new, only having been paved back in 2012. Kansas was also paved that year, but two-mile tracks with the new pavement could be very entertaining based on what we have seen.

It will be a very interesting month of racing. We have a crown jewel race coming up at the end of the month, and as the weather heats up, expect the racing on track to do so as well.

How many technical bullitans has NASCAR issued to change the rules in their favor? It is a joke. If I were Ford, I would either pull out or publicize each time they make a change.
William Byran let the cat out of the bag in an interview earlier about the “technical bullitins,” and Jim France learned from the best on how to make changes to help a manufacturer. Wonder what Toyota will say when they focus on them.
GM took the money and consequently have a board that is diverse and ineffective. Same at Hendrick. Dumb it down enough and the Chevys can compete.
JOKE

Charlie…. where can I get access to these technical bulletins you are talking about? And how can you seriously bitch and whine about NASCAR making it easy for Chevy when all but one win is either a Toyota or Ford? Sounds to me that you have a long standing bias against Chevy that has nothing to do with the current reality of this package or what’s happening on the track. Here is a suggestion,,,, WAIT UNTIL CHEVY IS WINNING BEFORE you try to make a point about chevy having an advantage. It makes you look stupid when you try to make a case and the actual evidence doesn’t support your argument. Now go get your shine box!