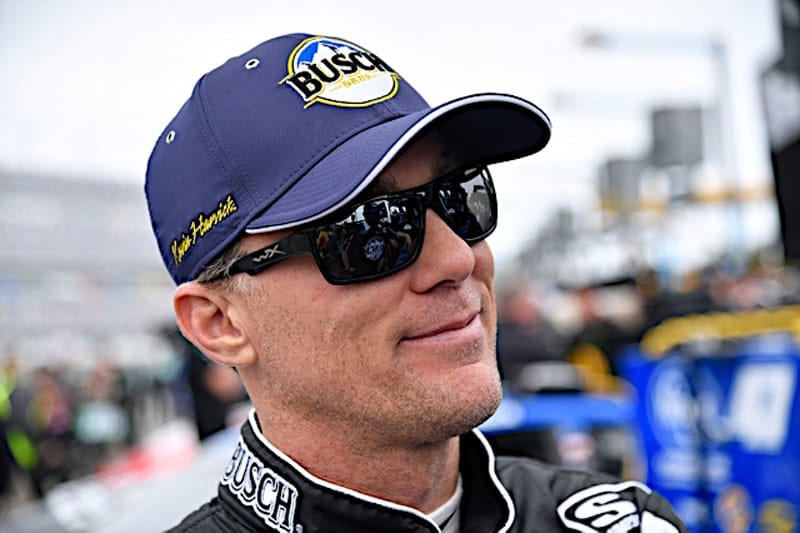 It only took a couple of months for Hendrick Motorsports’ 1-2-3-4 at Daytona to be equalled. Stewart-Haas Racing took a strong showing in practices and turned that into serious qualifying prowess, with Kevin Harvick leading an SHR sweep of the front two rows for Saturday’s Digital Ally 400 at Kansas. Teammates Aric Almirola, Clint Bowyer and Daniel Suarez, along with Chase Elliott, rounded out the top five.

For Harvick, Friday’s run marked his third pole of the 2019 season, and continued the dominance of the Ford Mustang on intermediate ovals. The accomplishments were myriad: for Harvick, he’ll start on the front row as he continues to pursue his first win of 2019. For Almirola, it’s a front row start at a track that just two years ago left him hospitalized. For Bowyer, third-place equals his career-best start at his home Cup track. And for Suarez, fourth marks a career-best starting position for a driver that’s finished outside the top 20 in his last three Kansas starts. (Of note, Harvick received more questions in post-qualifying remarks about his “millennial” car to be run in next Saturday’s All-Star race than about SHR’s dominance this Friday).

The other team of note in Friday’s qualifying session was Hendrick Motorsports, which put Elliott, Alex Bowman and William Byron into the top 10 for Saturday’s 400-miler. Hendrick’s Chevrolets were a fixture in the top 10 on the practice charts all day Friday, carrying the momentum of the last two weekends to the intermediate ovals.

The return to single car qualifying earned plaudits on social media, as numerous fans noted that the revised format allowed the FOX booth to plug the vast majority of the Cup field, as well as their sponsors, during the qualifying telecast.

Rutt Row, somebody better check the back of “Happy’s” car! LOL. Check it, check it real good.

Hmm. Time for the inspectors to start earning their money..

Expect a rule change for the Fords.