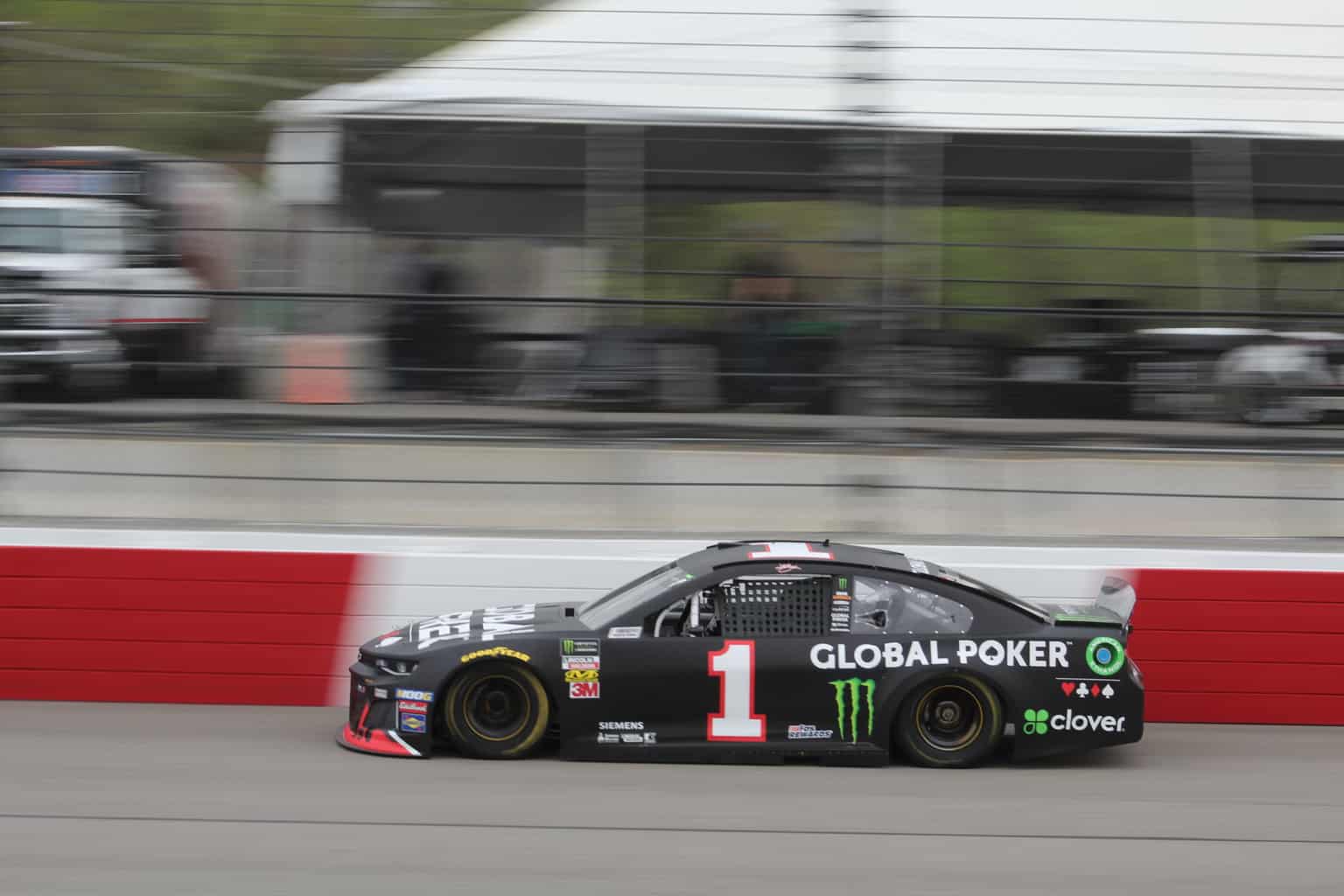 Final practice at Kansas Speedway for Saturday’s (May 11) Digital Ally 400 resembled a plate race, with packs of cars drafting all over the track over the course of the session. Out of the mixing bowl came Kurt Busch to top the afternoon charts, after middling on the charts all of Friday. Alex Bowman, Clint Bowyer, Kevin Harvick and Denny Hamlin rounded out the top five.

The practice ran without incident until the final 10 minutes, which saw two incidents play out. The first was Bowman, who briefly took the top spot on the scoring pylon when he scraped the wall in turn 4 and crinkled his right rear quarter panel. At the end of practice, the No. 88 team was hard at work repairing the car for qualifying later this evening.

Minor damage to @AlexBowman88's car after he brushed the wall slightly. #NASCAR pic.twitter.com/GDxoNCkp5u

The second came on the opposite side of the track and involved Kyle Larson, who spun in turn 1 also running the high line. Larson did a miraculous job saving his car in front of oncoming traffic, sans the slightest of contact with Martin Truex Jr. (both drivers continued after the episode). FOX’s Bob Pockrass captured just how slight the contact was:

Of note, way off the pace of the rest of the Ford camp were the Roush Fenway Mustangs, with both Ryan Newman and Ricky Stenhouse Jr. placing outside the top 20 on the speed charts. Stenhouse was audibly frustrated over the team radio during the sessions, describing a car that was struggling over the bumpy Kansas Speedway race surface while lacking front turn in the high line.

39 of 40 cars took time during happy hour. The only car not to take time was the No. 15 of Ross Chastain.