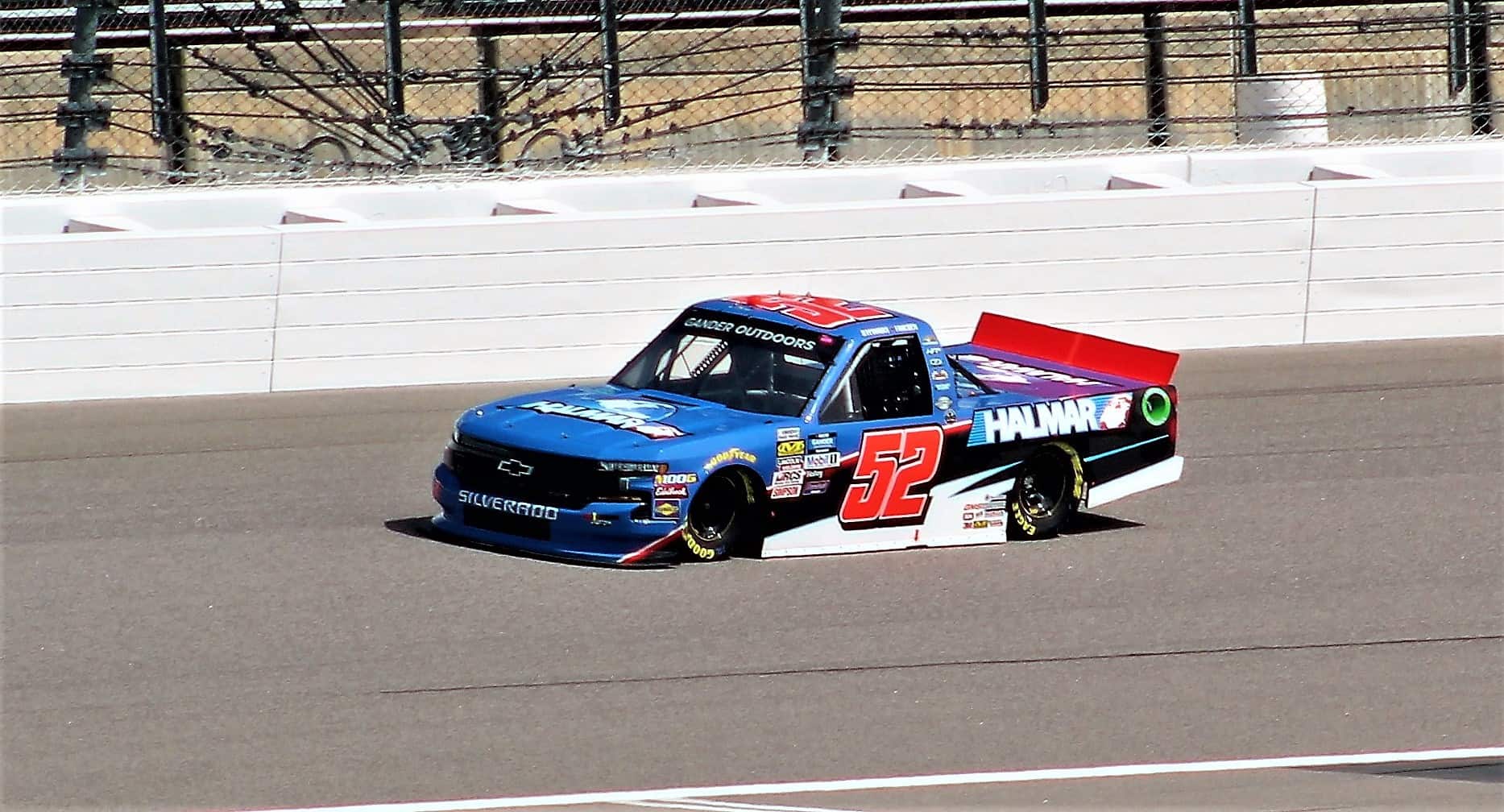 Stewart Friesen led a pair of Gander Outdoors Truck Series practices at Kansas Speedway Friday morning (May 10) ahead of the Digital Ally 250.

The first 55-minute session was uneventful with only 23 trucks taking time. Friesen’s 177.585 mph track topped the leaderboard ahead of Brett Moffitt. Matt Crafton, one of only two drivers with multiple wins at the mile-and-a-half track (Kyle Busch is the other), was third-quickest, followed by rookie Sheldon Creed, who celebrated the win and the ARCA championship the last time he raced in Kansas. Harrison Burton rounded out the top five.

Friesen’s speed decreased only slightly for the final practice, posting a fast lap of 177.154 mph. Moffitt was once again second-quickest, followed by Creed. ThorSport Racing teammates Crafton and Enfinger rounded out the top five.

Final practice was slowed briefly when Creed brushed the outside wall, doing minor damage to the No. 2 Chevrolet.

Joey Gase, piloting a late entry in the No. 0 Ford for Jennifer Jo Cobb’s team, was the only driver who didn’t turn a lap in final practice.

This time, Ross Chastain led the group of drivers who ran at least 10 consecutive laps with an average speed of 172.127 mph. Austin Hill was second in that group, followed by Crafton. Brandon Jones and Tyler Ankrum rounded out the top five.