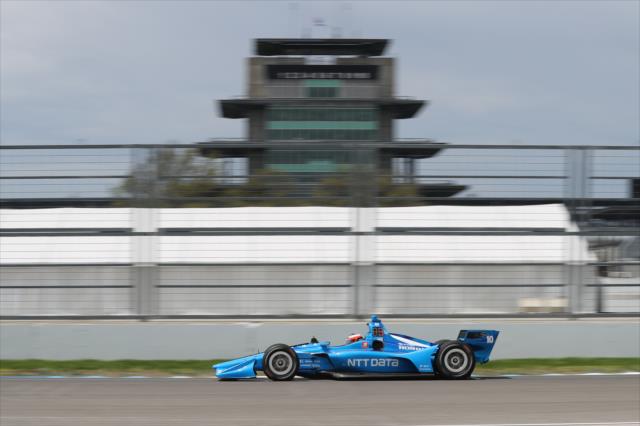 Felix Rosenqvist has been impressive so far this season and on Friday afternoon (May 11), he put his No. 10 on the pole position with a lap at 128.597 mph. In just his fifth start, Rosenqvist tallied his first carer pole and will run alongside teammate Scott Dixon. Rosenqvist’s lap was just two-hundredths of a second faster than Dixon’s putting his No. 10 on the front row for the first time of his career.

Josef Newgarden was the big surprise not to move into the second round. Earlier on Friday, Newgarden was fifth quickest in the first practice session of the weekend.

The current IndyCar points leader will start Saturday’s race from 13th. Other notable drivers who will be starting outside the top 13 on Saturday include Long Beach winner Alexander Rossi, James Hinchcliffe, and Zach Veach. The entire 24-car field is separated by less than seven-eighths of a second.

Coverage of the INDYCAR Grand Prix kicks off at 3 p.m. ET on NBC. Fans who are not home to tune in can tune in on the NBC Sports app and NBCSports.com. The green flag is slated for 3:50 p.m. ET.