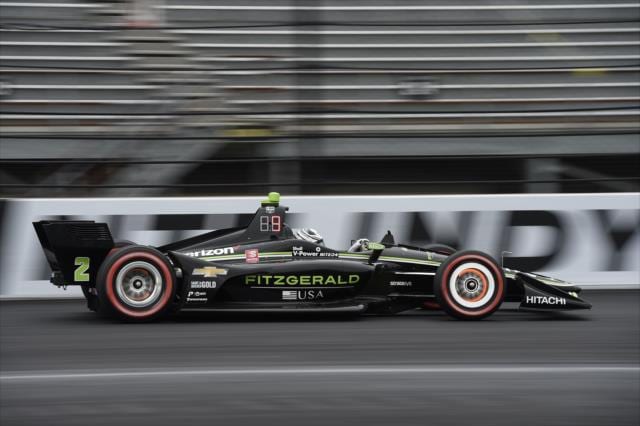 Josef Newgarden will start Saturday’s INDYCAR Grand Prix from the 13th position, an uncharacteristic start toward the rear for Newgarden.

The qualifying start for Newgarden is his second outside the top 10 this season. He started 16th at Barber in April and brought home a fourth-place finish. It’s just his fourth start outside the top 10 in the last two seasons but Newgarden isn’t concerned about where he’ll start. Being as his fastest lap was just one-third of a second slower than the eventual pole sitter, Felix Rosenqvist, he was still able to outrun Long Beach winner Alexander Rossi.

He failed to turn a faster time during the final laps which resulted in him failing to advance past round one.

“The Fitzgerald car feels really good out there, we are just six-tenths off,” said Newgarden. “I felt like I did a good lap, but for whatever reason, we are all back there. I am not sure where we are missing it. But I can promise you we are going to go to work and figure it out. Unfortunately, we just aren’t that close.

“So now you just go to work and try and figure out where you can do better. If you can’t get the speed completely, you just make the most of the race, and that’s all we can do. This Fitzgerald USA team is the best, so we will make the most of it. And it might rain, so it could be a crapshoot either way.”

Last season, Newgarden finished the race in 11th after starting sixth. It was his second straight 11th-place finish in the INDYCAR Grand Prix and it is currently his career-best finish on the Indianapolis road course. He alongside his Team Penske teammates will look to make it five victories in a row.