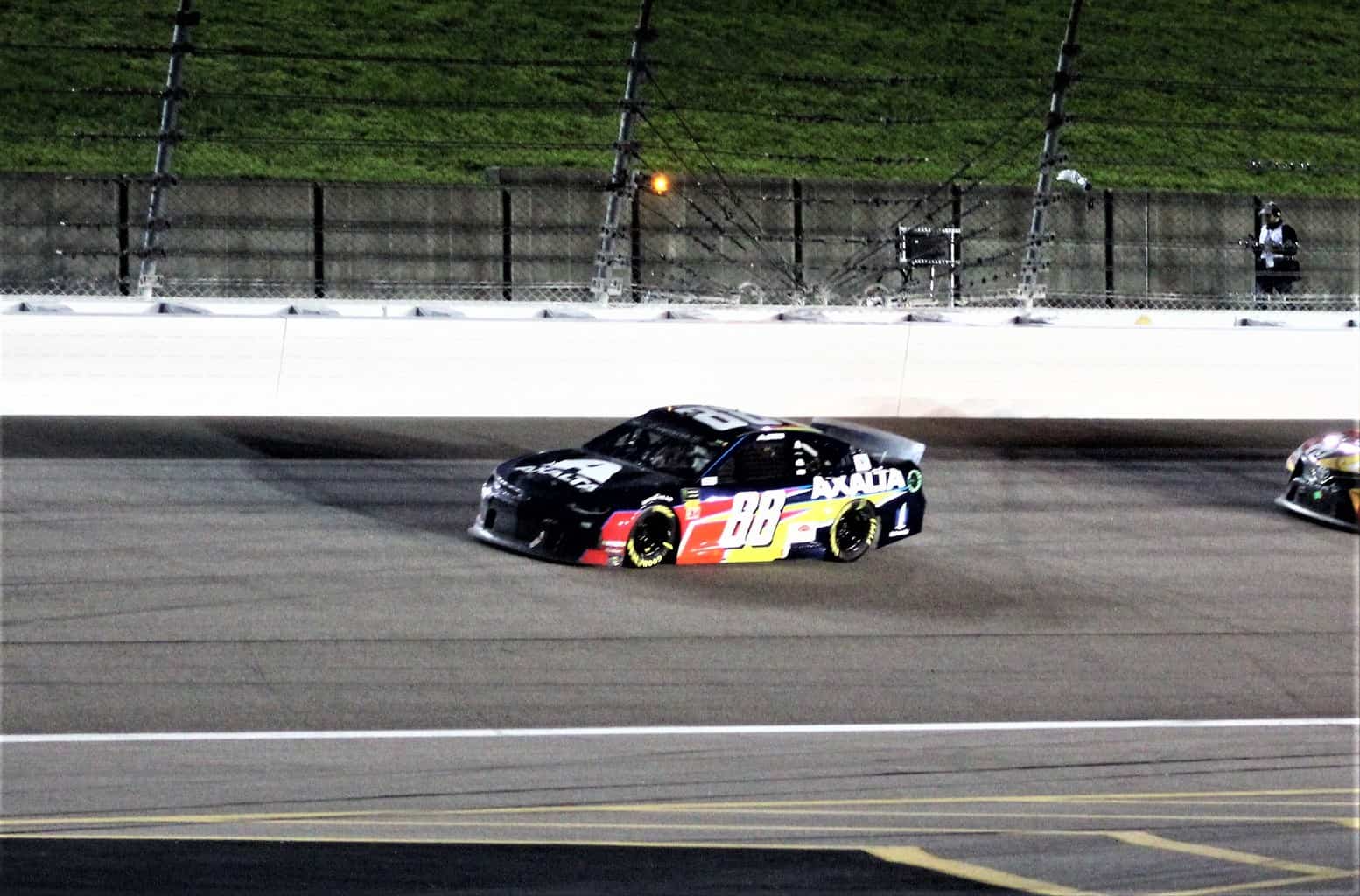 Alex Bowman walked away wondering what might have been if he had chosen a different lane on the second-to-last restart Saturday night at Kansas Speedway. The Hendrick Motorsports driver lost the lead to eventual winner Brad Keselowski and finished second for the third straight race.

I’ve never wanted something so bad. Not going to lie, this one hurts. My team has worked like crazy though to get us to where we’re at, and I’m proud of what we’ve done. Going to keep after it to get that win we deserve ??

“[I]wish we were standing here with three wins in a row and things could have gone differently and that could be the case,” he said after the race.

Bowman led three times for 63 laps and looked like he might cruise to his first career victory as the laps wound down. But it wasn’t meant to be for the driver of the No. 88 Chevrolet, who lost the top spot with just 11 laps remaining.

“We had a really good car, I just made bad decisions going through lap traffic on lane choice. They stayed where I needed to run,” a visibly disappointed Bowman explained. “I should have gone high and I shouldn’t have picked the middle like I did. I just had to lift and let the (No.) 2 (Keselowski) and the (No.) 20 (Erik Jones) drive right around me. I’m pretty frustrated with myself. There was no way around that, that was a bad mistake on my part. We’ll go home and get them next week.”

Despite his disappointment in not getting to victory lane, Bowman called it a “good day for everyone at Hendrick Motorsports,” which certainly can spell longer-term success for the No. 88 team.

“We all had really competitive cars and we really appreciate everyone’s hard work to continue to build our cars and continue to get better like we have. It was a really good day. My family is from here, so it would have been pretty cool. Probably the two closest times I have been to winning was my hometown and my dad’s hometown, so it’s just frustrating. We will get one soon.”

Race winner Keselowski recognized just how close Bowman has come to his first career win too.

“When you finish second three weeks in a row, you’re going to win a race,” Keselowski explained. “He’s got a lot to be proud of and he’s doing all the right things. You know they have the speed and all those things, so that’s certainly impressive.

“I think if you finish second three weeks in a row in the Cup Series, you’re definitely earning your position and showing your talent.”

For Bowman, it’s a step in the right direction in a season that, up until Talladega, featured just four top-15 finishes in the first nine races of the year. He was 21st in the championship standings following Richmond, and after finishing second once again, he’s up to the 12th, comfortably above the cutoff line for the playoffs, with or without a win.

I’m sure he’s disappointed, but the improvement in their running has to have him geeked.

I can’t say that I like Bowman but I feel sorry for any driver that comes in second three weeks in a row that hasn’t won a race. I hope he gets one but after that, whatever.

I thought Harry Gant had more second place finishes before he visited Victory Circle in the Cup Series.