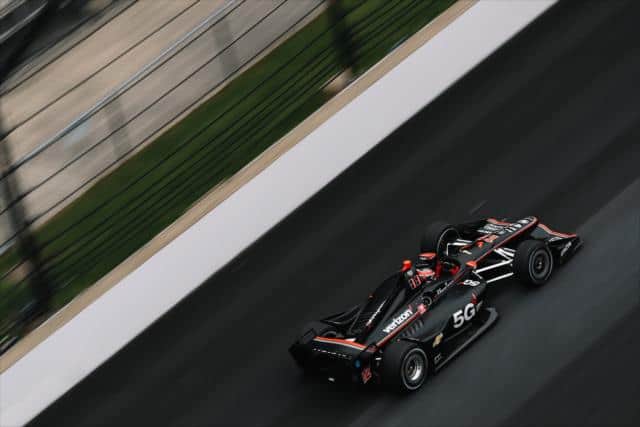 The defending Indianapolis 500 winner put his No. 12 on top of the podium to kick off the week at Indianapolis. Will Power turned a 229.745 mph lap around Indianapolis Motor Speedway, the fastest by a driver during Tuesday’s first practice. Power’s teammate and IndyCar Grand Prix winner Simon Pagenaud turned the second fastest lap during the session.

All 36 drivers entered in next Sunday’s race turned at least one lap during the session. Spencer Pigot ran the most with 128, finishing the session 11th. Meanwhile, Kyle Kaiser turned the least amount at just 10 laps. Power, the fastest driver of the session, race 68 laps during the session with his fastest coming on lap 41.

There were a total of 39 cars on the results page with James Hinchcliffe getting a feel in his teammate and affiliated teammates cars during the session. Hinchcliffe turned 99 laps in his own car along with six in Oriol Servia’s and five laps apiece in both Jack Harvey’s and Marcus Ericsson’s giving him a total of 115 laps on the track.

Second practice for the Indianapolis 500 is slated to begin at 11 a.m. and will run until 6 p.m. Wednesday.