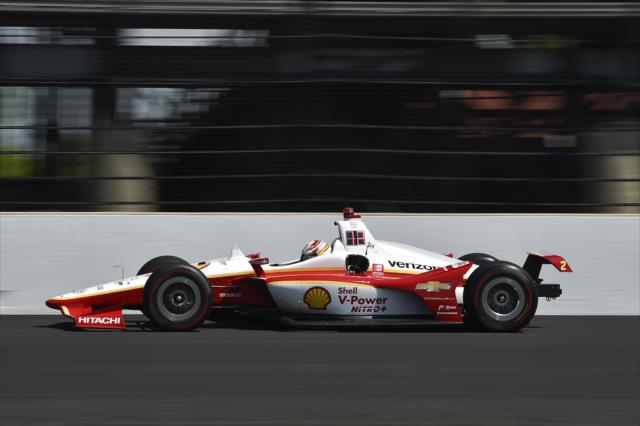 Wednesday’s practice session at the Indianapolis Motor Speedway was interesting, to say the least.

Josef Newgarden put his No. 2 entry on top of the speed charts making it two-for-two for Team Penske. Newgarden turned a 228.856 mph lap around the Indianapolis Motor Speedway to lead the charge while defending IndyCar champion Scott Dixon finished the session in second, just .021 mph off Newgarden’s time.

Results from Second Practice for the Indianapolis 500

The practice session was highlighted by two separate accidents with Fernando Alonso and Felix Rosenqvist. Alonso entered turn three smacking the wall and spinning down toward the inside wall, hitting rear first. As the car slid over the grass coming to a stop against the outside wall in turn four. The accident adds another level of drama to his week after finishing 32nd in Tuesday’s first practice. Alonso finished 29th in this session before his incident.

Toward the end of the session, Rosenqvist just lost it in the apex of turn two. As his car spun, it made hard contact with the outside wall. The car came back down and ultimately hit the tire barriers on the backstretch hard. His car came within inches of hitting Will Power‘s No. 12 entry but he was able to make it through. Jack Harvey also was almost involved but both drivers were able to make it through without a scratch.

Both Alonso and Rosenqvist were checked and released from the infield care center.

Power continues to lead the way with the fastest lap of the two sessions. Newgarden’s lap in second practice was good enough to put him third overall while Dixon’s and Pigot’s laps during the second practice put them fourth and fifth overall. A total of 5,899 laps have been turned in the last two days of practice.

Third practice will go live on NBC Sports Gold at 11 a.m. and will last until 6 p.m. Three practices remain before qualifying begins on Saturday. Drivers like Alonso, Pippa Mann, Ben Hanley, and others will need to begin picking up the pace or else their road to the Indianapolis 500 could come to an end early.