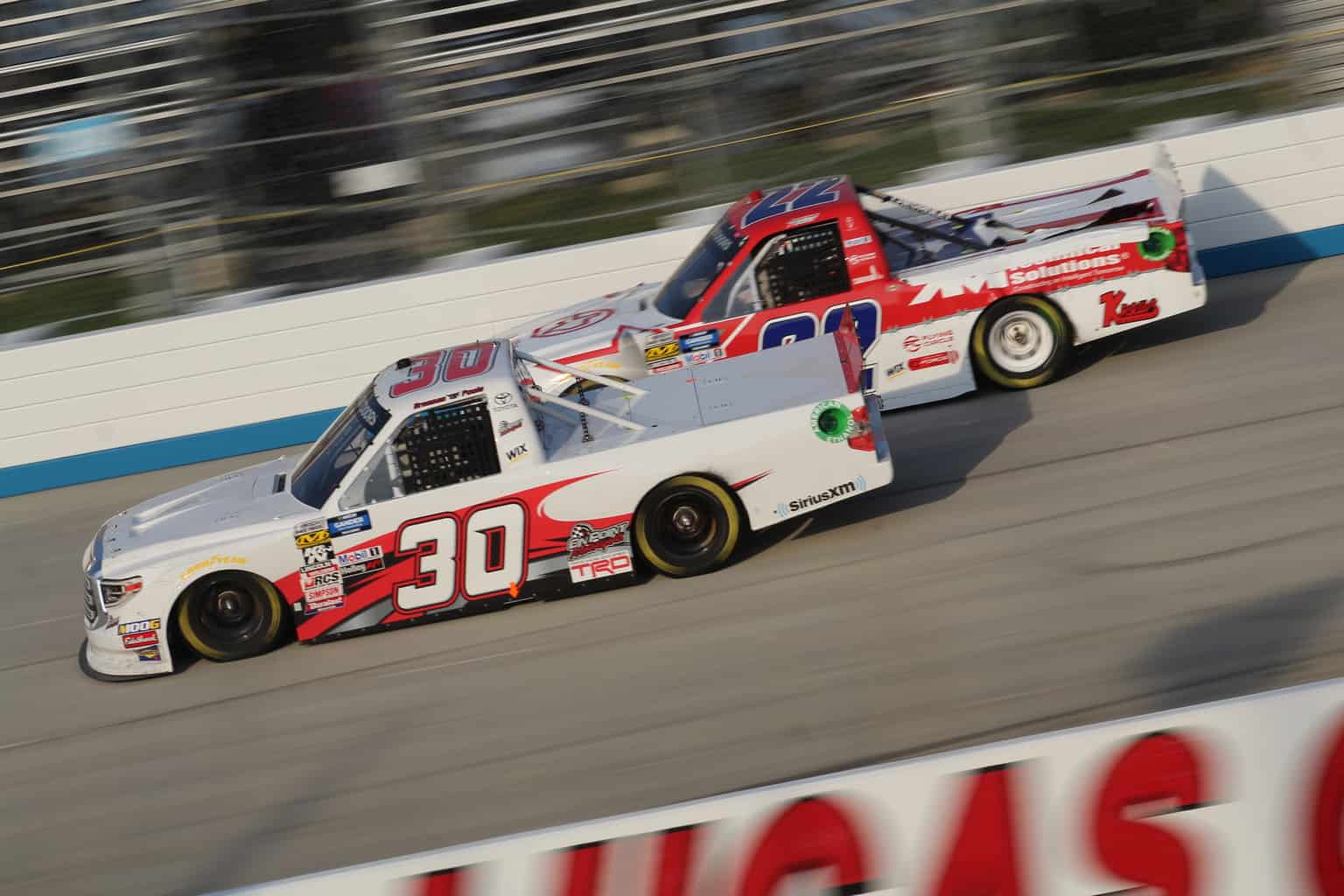 After missing the Digital Ally 250 last weekend at Kansas Speedway, On Point Motorsports and driver Brennan Poole will be back for the NASCAR Gander Outdoors Truck Series event Friday night at Charlotte Motor Speedway, the North Carolina Education Lottery 200.

The No. 30 Toyota Tundra will be freshly wrapped in new colors, as the team welcomes new sponsor Madvapes, a vaping company founded in 2009 inside a garage in Mooresville, North Carolina.

Although we weren’t at @kansasspeedway last week we were busy getting this dyno completed in time to test on our @CLTMotorSpdwy @MadVapes hot rod. pic.twitter.com/39iikXefNw

“I’m so pumped to bring Madvapes on track in NASCAR and to drive the No. 30 Madvapes Toyota Tundra,” Poole said in a press release. “This is a really fun one for me because I really do use their products. Many people close to me have looked to Madvapes for a better alternative to traditional tobacco. I went in knowing basically nothing about vaping and the staff there is extremely knowledgeable and welcoming to those looking to make a switch.”

“We want the fans of NASCAR to know we are here to help on their journey to move from traditional tobacco,” Madvapes chairman Mark Kehaya said in a press release.  “Madvapes was at the forefront of the e-cig and vapor industries at the ground level and we look forward to continuing to serve the millions of American smokers who want an alternative.”

The North Carolina Education Lottery 200 will go green around 8:30 p.m. ET on Friday, May 17, with television coverage on Fox Sports 1.