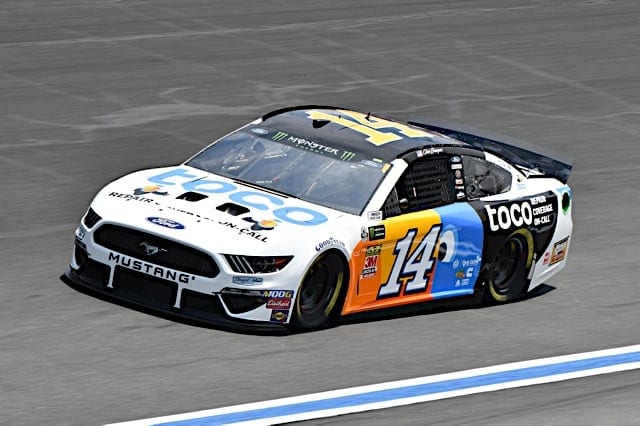 When the green flag waves for the Monster Energy All-Star Race, Clint Bowyer will lead the field to green. Bowyer posted an average speed of 136.371 mph to win the pole award on Friday night (May 17).

Qualifying for the All-Star Race differs from qualifying for points races. Instead of being timed on one lap, the teams are scored for the total time of three laps and a pit stop with no pit road speed limit.

Aric Almirola (130.841 mph) slid through the box on his pit stop and had to back up, costing him several seconds. Brad Keselowski (130.583 mph) turned one of the quickest times, but was hit with a five-second penalty for missing a lug nut. Almirola and Keselowski will start 13th and 14th, respectively.

Earlier in the evening, Daniel Hemric topped the charts in single-car qualifying for the Monster Energy Open with a speed of 182.168 mph — nearly a full mph quicker than second place. Michael McDowell (181.226 mph) will join the rookie on the front row for the race.