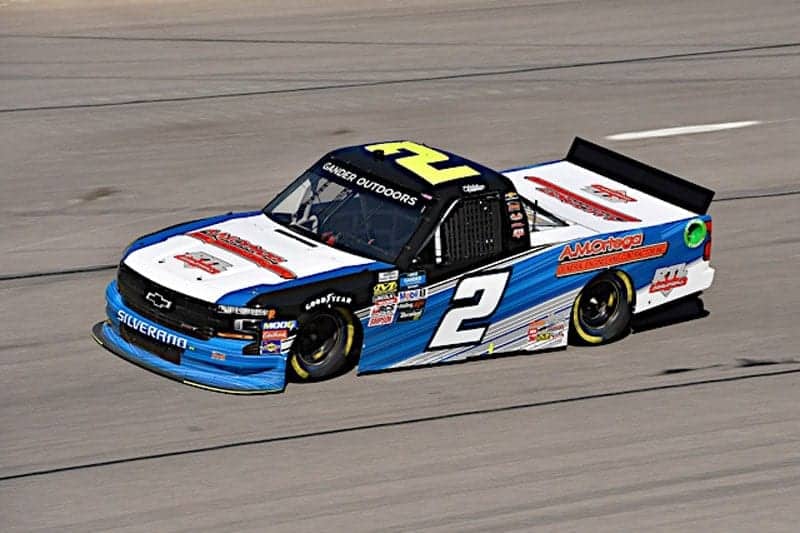 The first session, measuring 50 minutes in length, saw all trucks entered take to the track, with exception to Camden Murphy‘s No. 8 Chevrolet, which was notably absent. Creed shot to the top of the charts after laying down a lap of 181.561 mph.

Todd Gilliland was second at 181.111 mph. Ben Rhodes, as well as veterans Kyle Busch and Joe Nemechek rounded out the top five. Harrison Burton, who was 12th on the speed charts, logged the most laps during first practice with 37.

Right behind Burton in 13th position was Trey Hutchins, who will attempt to give his team, Trey Hutchins Racing, its first start.

In the second uneventful 50-minute session, Poole led the way with an average speed of 180.313 mph, a week after his On Point Motorsports team elected to skip the NGOTS event at Kansas due to sponsorship woes.

Only three competitors logged 10 consecutive laps or more. Rhodes had the best consecutive 10-lap average at 176.501 mph, which paced Poole and Creed’s times.