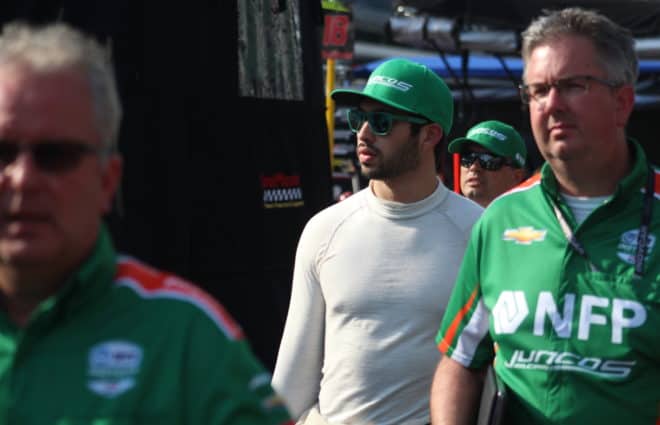 Kyle Kaiser raced his way into the Indianapolis 500 on Sunday in an unsponsored Juncos Racing Chevrolet. But it won’t be that way on race day.

The No. 32 will be in the colors of 250ok, an Indianapolis-based marketing company specializing in email intelligence, the organization announced Wednesday, May 22.

“After hearing [team owner] Ricardo [Juncos]’s story, and knowing they were in need of a sponsor, I jumped at the opportunity,” Greg Kraios, CEO of 250ok, said in a press release. “From our similar upbringings, supporting his hardworking and odds-defying team felt like a personal calling that also allowed me to achieve a childhood dream.”

Kaiser has run one race in the 2019 NTT IndyCar Series season, starting 21st and finishing 18th at Circuit of the Americas.

He ran four races for the team in 2018 with a best finish of 16th at Long Beach, which included running the 2018 Indy 500, with a 29th-place result due to a mechanical failure.

“We needed a sponsor and were down to the wire,” the team added in a release. “When Greg offered to support us, and we connected over our personal journeys, we knew this sponsorship was meant to be. Our team worked hard this season to qualify for the Indy 500, and 250ok was the final piece of the puzzle we needed.”

The Indianapolis 500 will be held Sunday, May 26, at noon ET, with television coverage on NBC.

Wesley has been with Fronstretch since October 2017. He loves well-told stories in whatever format he finds them. Aside from NASCAR, he enjoys reading, country music and OKC Thunder basketball. He has a BA in Liberal Arts/English and currently lives in eastern Oklahoma, where he works as a freelance writer/editor.
@@CoburnWesley
Previous Ross Chastain Adds 5th Race With Kaulig at Kansas
Next 2020 NASCAR Hall of Fame Class Announced 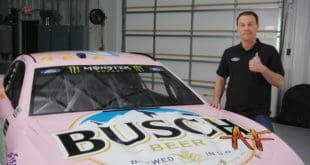 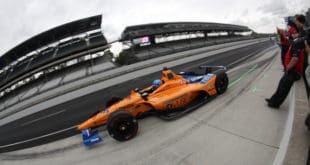 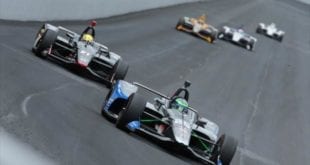