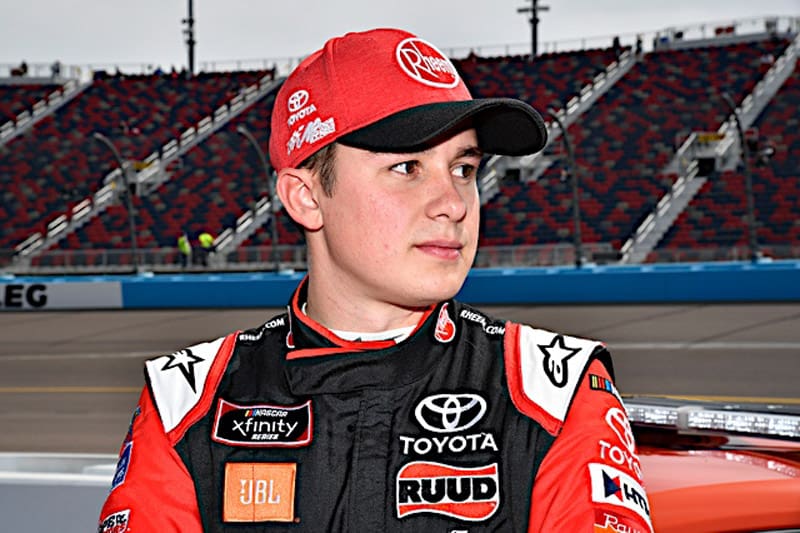 Joe Gibbs Racing’s Christopher Bell showed that he is one of the drivers to beat Saturday morning (May 25) at Charlotte Motor Speedway.  Bell turned in a lap at 184.313 mph to win the pole for the ALSCO 300. It is Bell’s third pole of 2019 and second in a row.

“There was a lot of grip out there right now.” Bell said after the session at the Xfinity Series hauler. “It won’t be like that at 1 p.m. We hit the setup for 10 in the morning. We’ll see if we hit for one in the afternoon.”

Bell’s lap was nearly two-tenths of a second faster than Stewart-Haas Racing’s Cole Custer.  Tyler Reddick, who was fastest in both practices on Thursday, will start third. Austin Dillon, making his season debut for Kaulig Racing, will start fourth, while Brandon Jones will start fifth.

There was a fair amount of trouble in the session. Kaulig Racing’s Justin Haley suffered what appeared to be an axle failure on his LeafFilter Chevrolet. Haley completed his lap and will start 35th, but repairs in the garage will mean that he will have to start from the rear. JD Motorsports’ Ross Chastain failed to complete his lap due to what appeared to be an electrical issue. He’ll start 37th. Finally, Joe Nemechek nearly wiped out his Toyota for MBM Motorsports in Turn 1. He was able to collect himself and qualify 31st.

A number of smaller teams did very well in the session. Landon Cassill qualified Morgan Shepherd‘s No. 89 in 13th, backing up his pace from Thursday. Camden Murphy qualified the Mike Harmon Racing No. 74 in 20th, while Bayley Currey will start 15th in the No. 17 Chevrolet typically fielded by Rick Ware Racing (but sporting colors very similar to the No. 74). As a result, this ended up being a difficult race for which to qualify.

Two drivers, Chad Finchum and Dillon Bassett, failed to get out on track to make laps. For Finchum, he was able to get into the race on his owner points position (26th). Bassett’s No. 90 was not high enough in owners points to get a provisional, so he will not be able to race.

In addition to Bassett, BJ McLeod Motorsports’ JA Junior Avila also failed to qualify. He was able to complete his lap, but he was the third slowest of those to do so.

Coverage of the ALSCO 300 is set to begin with NASCAR RaceDay – XFINITY Edition at 12:30 p.m. on FOX Sports 1. Race coverage will follow at 1 p.m.  Also note that today is the Drivers Only broadcast,