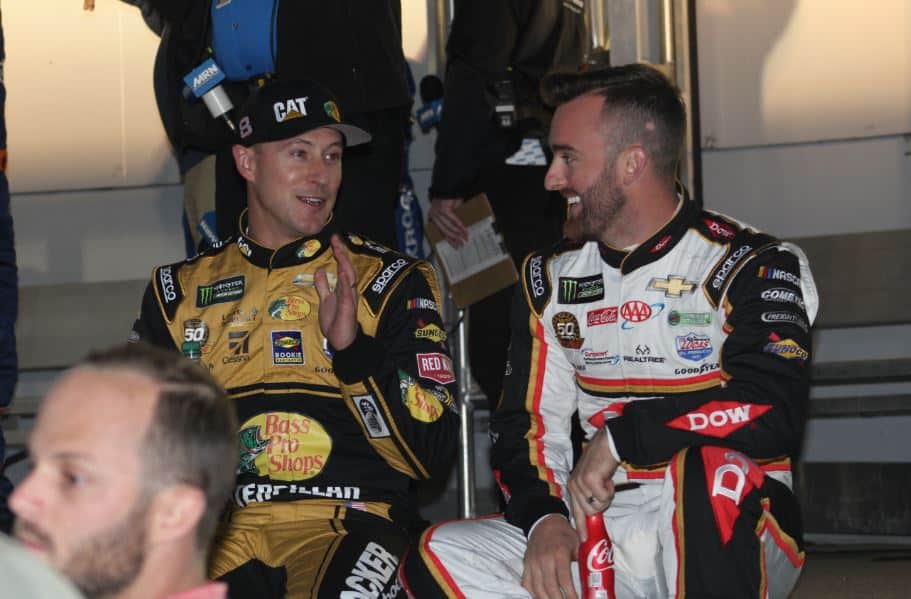 Austin Dillon was forced to climb out of his NASCAR Xfinity Series car before the conclusion of Saturday’s Alsco 300 at Charlotte Motor Speedway.

Piloting the No. 10 Chevrolet for Kaulig Racing, Dillon got into the back of John Hunter Nemechek, who hit the outside wall racing the high line.

The damage to the No. 10 Chevrolet was enough to destroy the crush panel on the car, allowing heat and carbon monoxide fumes to enter the car. Additionally, the FOX Sports 1 race broadcast mentioned Dillon’s cooling suit had failed and was blowing hot air.

Though he battled through the heat inside the car after the damage was done, it turned out to be too much to handle and Dillon got out of the car to allow Daniel Hemric to step in and continue the race.

.@prnbrett has caught up with Austin Dillon: "Hydration is good, just couldn't take the heat, it's hot."

He says a crush panel was knocked out and burned up the side of his seat so he had to get out of the car.

"I didn't want to kill myself today ahead of tomorrow."

Hemric wasn’t in the car for long before the team ultimately parked the car with 11 laps remaining. Dillon, who was credited with a 28th-place finish, actually walked away with minor burns.

“When he hit the wall behind the 23 it knocked the crush panels out and all the heat was coming in,” team owner Richard Childress told AutoWeek. “It burnt him all down the right side of his shoulder off the seat.”

Despite the burns, Dillon will start the Coca-Cola 600 fourth Sunday (May 26).

Well hate that for @KauligRacing we were getting the car better. Ran into the 23 after he hit the wall and knocked the crush panel out. I feel fine now the seat was burning my side pretty bad. Looking forward to tmrw should be a good. #CocaCola600